Home News PCIe 4.0 will be last copper version of PCIe, will be ready...

The PCI Express 4.0 or 4th Gen has been under development since 2011 by PCI SIG (special interest group). Their engineers managed to get the new transfer rate of upto 16GT/s per lane which is absolutely more than its previous PCIe connectors. It is being said that the PCIe 4.0 will be the last copper version of PCIe interconnect. According to PCI SIG President, the next generation of PCI Express (5.0) will be optical reliable, not copper based like present PCI generations.

“We are getting 16GT/s, something no one thought was possible a few years ago. The base distance is still being validated, but it’s typically 7 inches or so. Longer channels of 15 inches or so with two connectors will have retimers, but Gen 3 has used retimers — now we will need to use them for shorter long channels,” said Al Yanes, the president of the PCI SIG in an interview with EE Times.

“We’ve done a lot of analysis on the connector — we tried everything possible. We have some top engineers in our electrical work group and they’ve come through — its exciting to see the amount of activity and participation,” he further added.

The new PCIe 4.0 will be backward compatible mechanically and electrically, which means that the todays video cards on PCIe 3.0 having 8GT/s can also be used with PCIe 4.0.

The new PCIe 4.0 x1 will be capable of transferring data upto 2GB/s while PCIe 4.0 x16 can transfer upto 32GB/s bandwidth which is almost double as compared with last Gen PCIe which could only transfer upto 16GB/s of bandwidth on x16 lane. 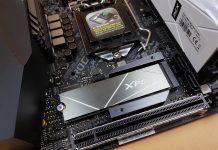