Home News PCI-Express 4.0 NVMe SSDs are capable of reaching 100ºC if they are... 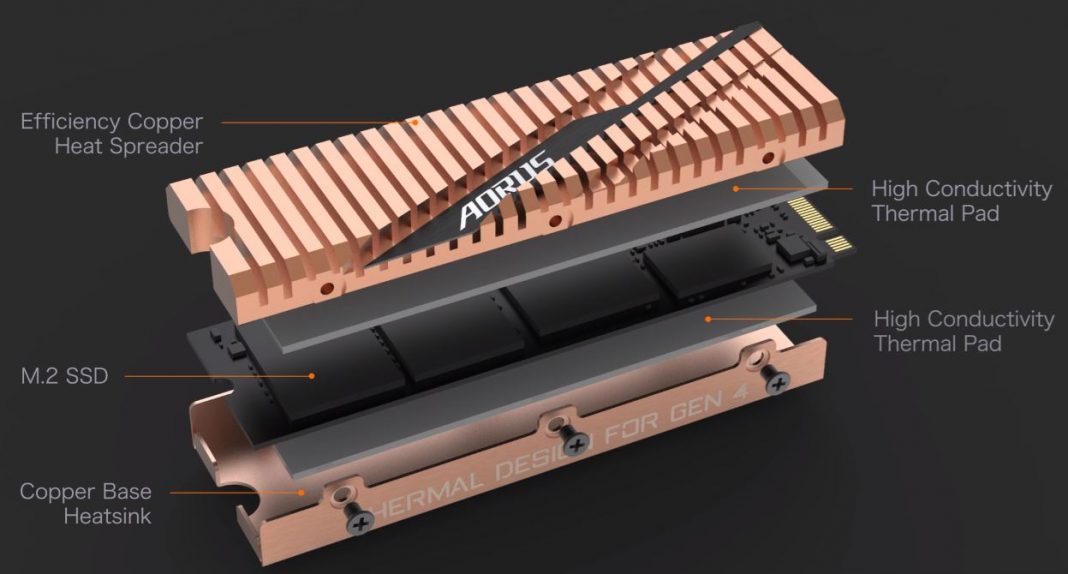 The foreign website TechPowerUp performed some analysis on how a PCI-Express 4.0 NVMe SSD performs on a motherboard with PCIe 3.0. Obviously, by doing this, we obtain a performance limitation going from offering read / write speeds of 5000/4264 to 3483/3464 MB / s, nothing surprising here, but what really caught our attention was the temperature of Phison controller PS5015-E16, which is the same one that is being used in all PCIe 4.0 SSDs that we can find in the market soon (Aorus, Gigabyte, Corsair, Sabrent, KFA2, etc).

All these SSDs also use the same NAND Flash TLC NAND Flash memory chips manufactured by Toshiba, so, in essence, all these SSDs are identical, except for the cooling system, which would play a vital role for the correct operation of these units.

The portal used the GIGABYTE AORUS NVMe Gen4 SSD, which is the most advanced SSD in terms of cooling with a generous heatsink entirely made of copper and with a pair of ‘thermal pads’ to transfer the heat in a more efficient and faster way. This unit, without the cooling system, reached 100ºC on one side of the Phison controller after 30 seconds at high performance, being able to reach 120 GB of written data, but then start throttling and transfering speed reduced by up to 500 MB / s to prevent the unit from being damaged when it exceeded 100ºC. 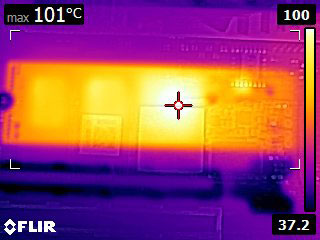 When installing the cooling system, and with the same performance test, the SSD operated at 80ºC without any throttling and no loss of performance. So, this is quite clear that it will be essential to buy a unit with a fairly advanced heatsink, unless the motherboard already does such work. 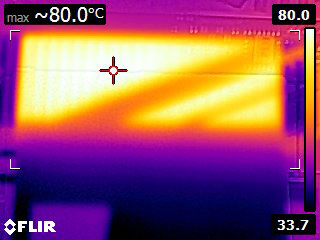