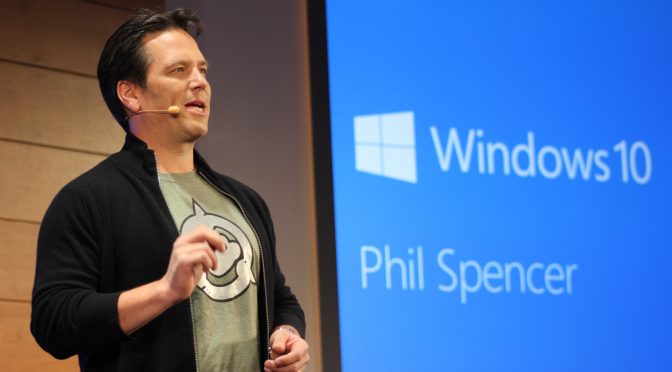 Microsoft’s Xbox Head Phil Spencer has been updating us regarding the new and currently developing projects for the Xbox One and PC for a while. Since E3 last year, Microsoft seems to be committed to bring new titles for the PC gaming audience and took some initiatives as well, such as Xbox Play Anywhere feature, cross-play between Windows 10 PCs and Xbox One.

The studio seems to be attracting game developers to port the game for one of the biggest gaming platforms and as per the recent statements of the Xbox chief, it is now confirmed that there will be more titles coming in the near future and that too as PC exclusives.

While speaking with Major Nelson at the launch party of Halo Wars 2, Phil Spencer clearly mentioned his intentions and commitment to bring more titles and exclusives for the PC platform in the near future. He indicated towards some unannounced projects that may get revealed in a couple of weeks.

According to Phil Spencer, Windows is most important for the company and gaming is perhaps the “most vibrant” activity on the Windows platform.

The Xbox chief hinted towards exclusives for PCs and Xbox One, so we might be looking for some great AAA stuff on the PC, rather than a compromised PC port that needs to be fixed with a couple of updates.

Microsoft has been working to bring its Xbox exclusive franchises such as Forza Horizon, Quantum Break, Gears of War for the PC platform while the Sea of Thieves and Crackdown 3 are also set for release sometime later this year. Let’s see what the studio has got for the PC platform in the coming months.