In the Modern era of development, we regularly see a new and amazing thing coming out in the market on a daily base that attracts the younger generation towards itself. But one thing about this era that has dominated the hearts of young teenagers and people of all ages is E-Sports. Different competitions are held and are targeted by huge audiences.

Such kind of an event was held last weekend in a gaming zone in Lahore by Pak Gamers Republic, where multiple teams came with their weapons to conquer the E-throne. Counter Strike-Global offense CS-GO provided them a platform to compete each other and reach the Glory. Teams came from across the country covering the bigger cities such as Lahore, Karachi, Multan etc.

The Pak eSports CSGO tournament was first of its kind because it targeted the International sponsors after a long period of about 8 years. ASUS was the main sponsor among multiple other sponsors. The IGN magazine was also a great attraction for the players with the interviews of multiple people in management as well as the audience.  All the matches were broadcasted live and hundreds of reviews were received from across the globe. It became the very first event to be streamed live on Facebook and a lot of good reviews were generated.

“I think this is the best way to open doors for the international sponsors and build up to a new era of marketing for Pakistan” said Mr. Huzaifa the representative from ASUS.

All the audience and teams appreciated the effort and were more than happy to be a part of such events. Some of the top ranked teams in Pakistan such as “Game 4 Glory” and “elusive. PK” left the tournament with very positive reviews about the tournament and the management for such a smoothly managed event.

Captain of the winning team also had his say about the event:

“We’ve been to many tournaments in Pakistan and have won many, but the way this event was put together that must be appreciated, everything about this tournament was great and the way the management has responded to everything I think hats off to them”.

After the action of two days and a lot of matches the prize money was there for the taking for four semifinalist teams. “Game 4 Glory” had their semi-final with “The Random’s” a team that had already shown their potential for becoming a next generation of team to be feared and as expected once again gave their opponents some tough time although in a losing cause. On the other hand “Elusive.Pk” was dominant in their semifinal against “Equilibrium”.

And the final was once again the battle against two old rivals in “Game 4 Glory” and “Elusive.Pk”. After pulling out a great comeback in the first round in a losing cause “Elusive.Pk” lost their focus and their way to the victory in the second round to finish off as tournament runners-up and “Game 4 Glory” was crowned as yet another tournament winning side.

Hopefully this will be the beginning of a new era which has been started by Pak Gamers Republic, a horizon of a new day in Pak eSports of Pakistan and it will help to create a positive impact on the market for the cause of the country. Hopefully this journey may continue for a long period of time and keep on bringing platforms for the E-Fighters to keep on fighting for the crown and keep on making a good impact on Globe regarding their country. 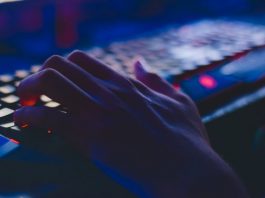