Sequel to the anti-cipated first person horror game, the Outlast 2 has been delayed until the first quarter of 2017.

Red Barrels’ second installment to the horror game of 2013 was scheduled for release this fall, but the studio decided to push the game’s release until early next year in order to give the fans an experience they deserve without any compromise.

The news announced over the official Facebook which mentioned that the ‘difficult’ decision was taken after the consideration as they need some time to work on the game. Here’s what the post stated;

“We want you to know that we listen to your feedback, we see your excitement and we know you care about our work. Our mission as an indie studio is to deliver to you the best, most terrifying, most fulfilling experiences possible. That’s why we’re taking just a little bit more time to make sure our vision for Outlast 2 is in no way compromised and is the experience you deserve.”

Futhermore, Studio promised that the game will be really horror enough to ‘scare the crap out of you’.

“We promise Outlast 2 will scare the crap out of you.”

No exact date for the release is announced yet. Stay tuned for more updates! 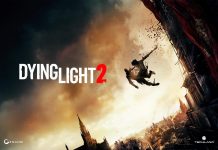