Oracle, primarily responsible for Java, will be fined by the FTC (Federal Trade Commission) of the United States for breaking ITS promise to Improve the security of Java.

If you Consider that Java is used in more than 800 million PCs throughout the world, the security of the platform is crucial to avoid major cyber attacks. The FTC believes that if a company like Oracle ensures that it will improve the security of something as important as Java so it should fulfilled, being an infringement of the fifth section of the minutes of FTC so Oracle is punishable.

“When a company’s software is on hundreds of millions of computers, it is vital that its statements are true and its security updates actually provide security for the software,” said Jessica Rich, director of the FTC’s Bureau of Consumer Protection.

But the biggest problem is that Oracle has only been in charge of updating the versions of Java after the acquisition of este 2010, so older versions are installed on millions of PCs with the problems that entails.

Oracle should be notified during the installation process if Java has left older versions of the platform in the system and facilitate the uninstall process of these, although Oracle since 2014 doing same by force.

With a term of 30 days ahead, the FTC sanction Oracle with $ 16,000 fine for each violation of such an order, So that Oracle will have to adapt all new versions of Java to the demands of the FTC as not to see their coffers reduced. 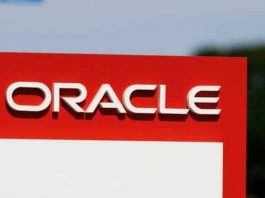