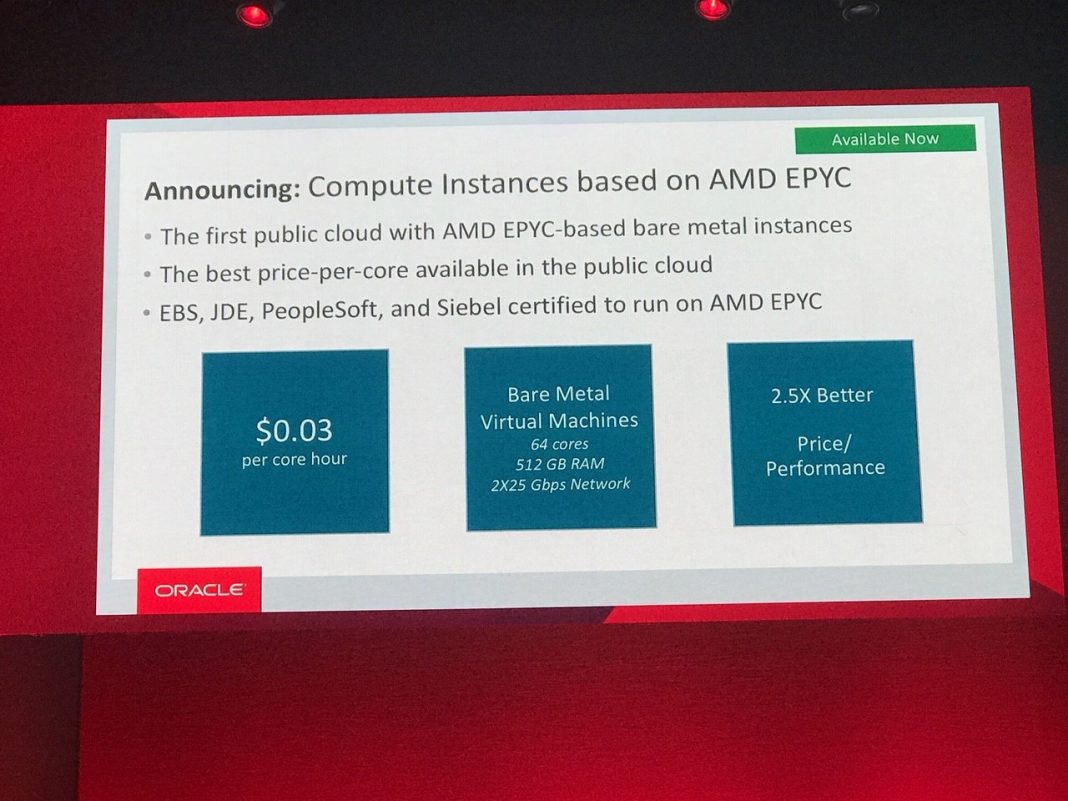 During Oracle OpenWorld 2018, Oracle announced its collaboration with AMD to bring to life the first Oracle Cloud infrastructure based on AMD EPYC processors. Both companies are winning with the agreement, since Oracle thus becomes the largest public cloud provider in the world by having a Bare-metal server. 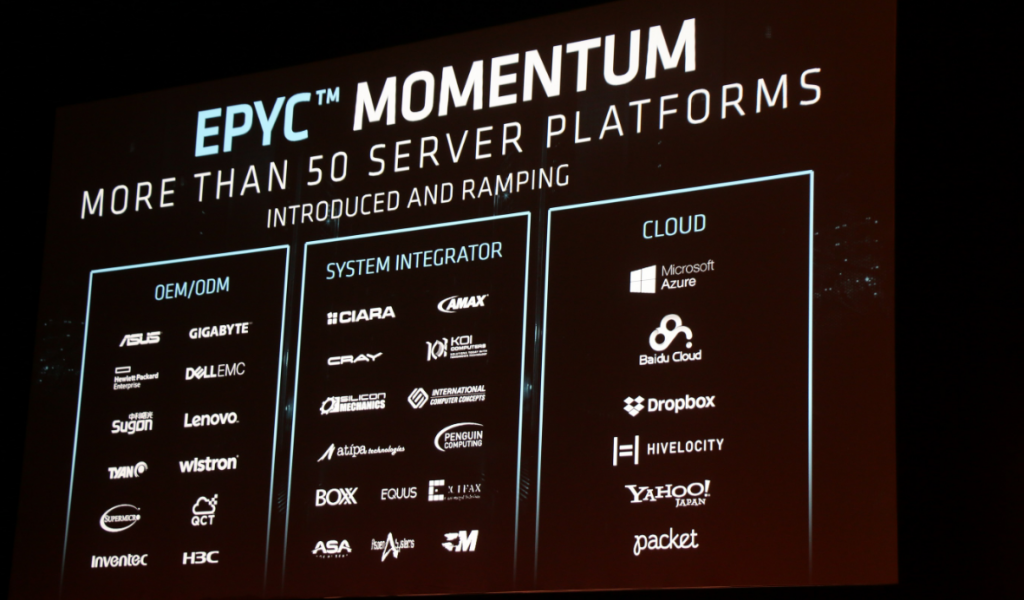 Consumers also benefit from the agreement, since the arrival of AMD EPYC processors will allow users to hire each kernel they want from these processors at a price of 0.03 dollars per hour, 66 percent cheaper than the price offered. by Intel models in any other public cloud.

“Following the agreement with AMD, Oracle has once again demonstrated that we are focused on getting the best value and performance for our customers,” said Clay Magouyrk, senior vice president of software development at Oracle Cloud Infrastructure.

“With more than 269 GB / sec, the AMD EPYC platform offers the highest memory bandwidth of any public cloud instance. Combined with increased performance, these cost advantages help customers maximize their IT dollars as they move into the cloud. “

With 64 cores per server and up to 33 percent more memory channels than its rivals on Intel, AMD EPYC is ideal for data analysis workloads that require higher memory bandwidth and cores. Within the Hadoop ecosystem, AMD has partnerships with many of the leading providers, including Cloudera, Hortonworks, MapR and Transwarp.

Within the HPC space, the increased memory bandwidth of the EPYC instance makes it ideal for client use cases in relation to climate modeling, computational fluid dynamics, simulation, and failure analysis. the field of aviation and automotive manufacturing, and oil and gas exploration. In a 14M Fluent CFD (computational fluid dynamics) cell simulated on a winged aircraft resolved at 4 nodes, the instance based on the EPYC processor demonstrated a reduction of up to 30 percent in the total cost , together with a reduction in the execution times in general.