Luckey Palmer, co-founder of Oculus Rift during his interview with Ars Technica at Game Developers Conference 2016 said that the Oculus Rift touch controllers were not the part of headset’s launch plan. The Oculus Rift is set for release this month with the price tag of $599.

The $599 box will include VR headset, one Xbox controller, cables, device remote, sensors and two VR games such as EVE: Valkyrie and Lucky’s Tale, while the touch controllers will be released in second half of 2016.

“We never planned on launching Touch with Rift,” said Luckey. “We’re going to have a really great Touch lineup later in the year, but we really wanted to focus on the games people have been working on for years with gamepads right now.”

According to Luckey, the controllers are not that important and could be used with only some selective games which are not even released yet. He also mentioned that the doesn’t want users forcefully to get these controllers.

“…force people to buy [hand-tracking] controllers they might not even be interested in. that are only useful for certain genres especially when there’s a very limited content library so far.”

Luckey described about use of the touch controllers as

“hand presence, the sense of feeling as though your virtual hands are actually your real hands. This is critical to nailing the sense of overall presence. Once you have your hands involved, you really need tracking to be absolutely perfect, accurate, and low latency, or you’re going to feel like your hands are dead.”

Oculus Rift launches on March 28th at cost of $600 while other two VR headsets such as HTC Vive and PlayStation VR are also set for launch with the price of $800 and $500 in the month of April and October respective. Both of these will include a motion controller as well. Stay tuned till then!

The Technology Behind VR Immersive Gaming 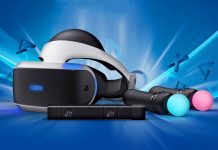 Sony launches an updated version of its PlayStation VR bundle 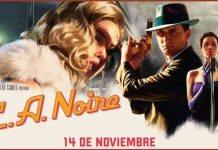