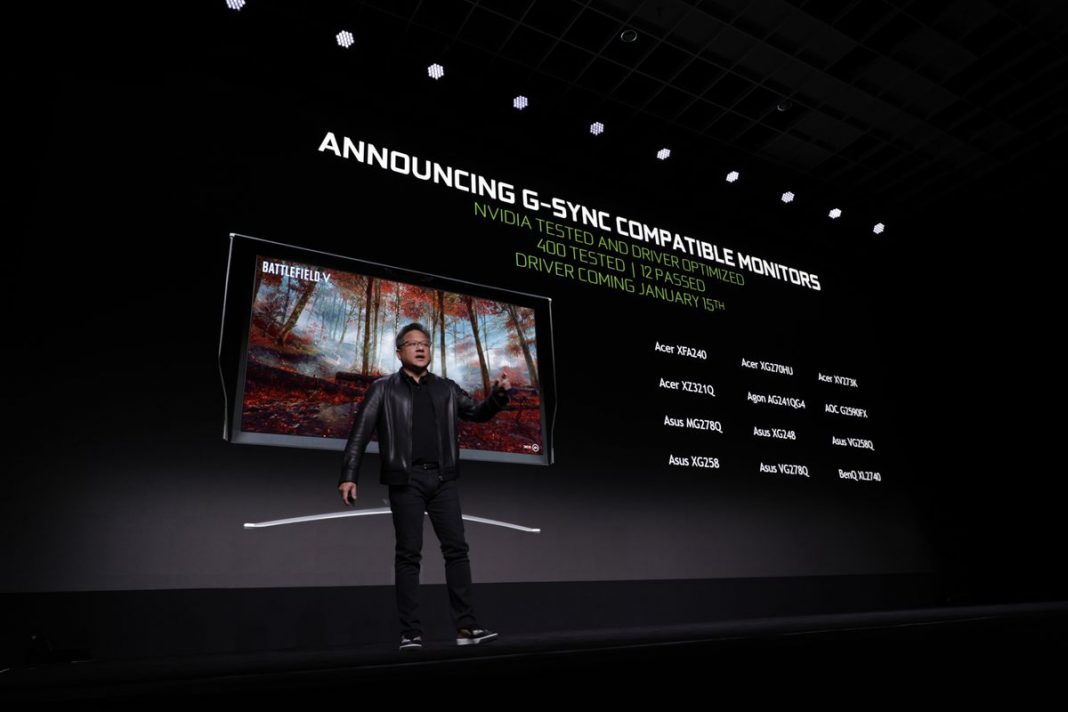 During today’s presentation, the CEO of the NVIDIA, Jensen Huang made one of the most surprising and expected announcements in the world of graphics cards: from January 15, when the first Nvidia certified driver of 2019 will be released, all monitors with a variable refresh rate (VRR) will be able to use G-Sync technology on Nvidia GeForce GTX 10XX and RTX 20XX series graphics cards. This means that any monitor with Freesync (developed by AMD but in the public domain) can now also be used if you have a green team badge.

Luckily, Nvidia certification is not required for all the rest of the monitors that have not passed the test, since the driver itself will allow to activate the variable rate in any FreeSync panel manually, implying that this certification through “Exhaustive tests” is just a marketing job, rather than real technical specifications. Here is a list of approved models.