The website PCWorld found a job through LinkedIn, revealing plans for NVIDIA’s unannounced project called “Club GeForce“. It seems that this program, in addition to having a monthly cost with certain rewards for its Elite membership, will also allow those customers who have a GeForce GTX 980 Ti to be the first to be able to have the GeForce GTX 1080 Ti, through a “Step Up” program, where One GPU is exchanged for another.

This is the first time that NVIDIA officially mentions the GTX 1080 Ti, which is clearly aimed at those who have a GeForce GTX 980 Ti. Not only that, but through this program called “Club GeForce“, those who own a 980 Ti, will be able to upgrade their graphics card to a GeForce GTX 1080 Ti in the future.

Not surprisingly, NVIDIA is expected to reveal the GeForce GTX 1080 Ti with a GP102 GPU core and 10 GB RAM next month at CES 2017, at the same time, AMD could also announce it VEGA powered high-end graphics card.

In Club GeForce program those who will pay $10 per month will receive free game, exclusive items within different games, the “Step Up” option that we discussed before, and a “free GeForce PC in the cloud.”

Below you can see the complete listing of the work that appears on LinkedIn: 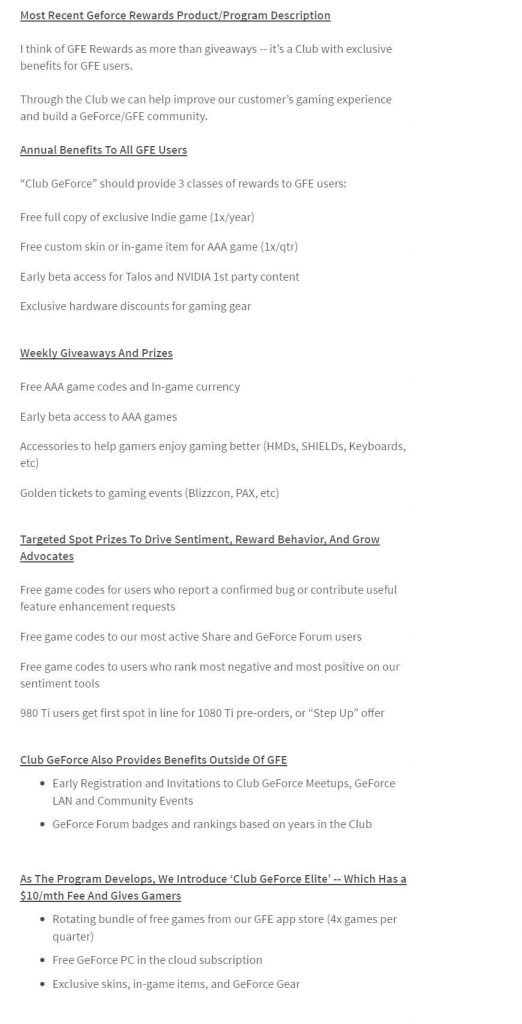