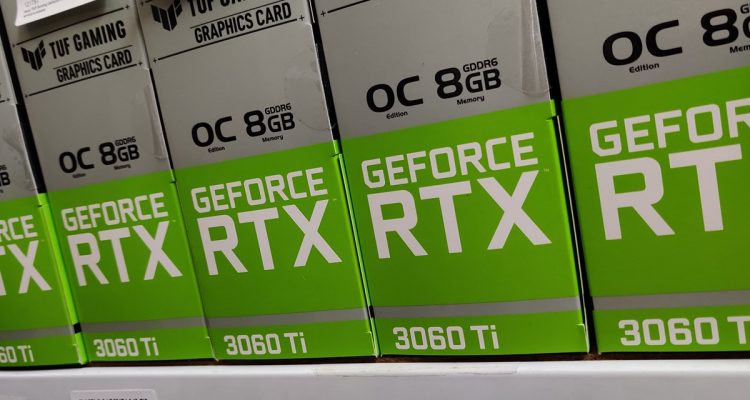 Moments ago, the Videocardz site has published the first official benchmarks of already rumored -and leaked- GeForce RTX 3060 Ti with 8GB GDDR6 that, as can be seen in the benchmarks table, has a performance better than RTX 2080 SUPER $ 699. The exact cost of the GeForce RTX 3060 Ti is still unknown, but it will cost less than $ 400. 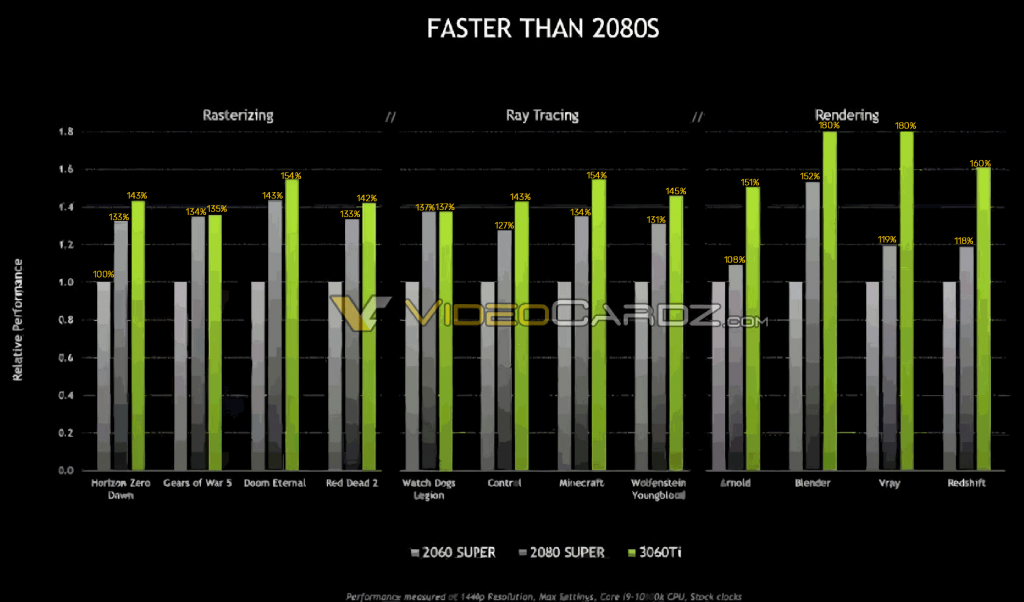 The results of the comparison were divided into three groups: rasterization, ray tracing and rendering. The RTX 3060 Ti wins against the RTX 2080 SUPER in all scenarios, including ray tracing, despite having fewer RT cores than the RTX 2080 SUPER (38 vs 48). The graphics cards were tested with stock clocks at 1440p resolution, accompanied by an Intel Core i9-10900K.

NVIDIA hasn’t confirmed the specifications of the previously leaked graphics card, but the company has confirmed that RTX 3060 Ti will launch on December 2, 2020.