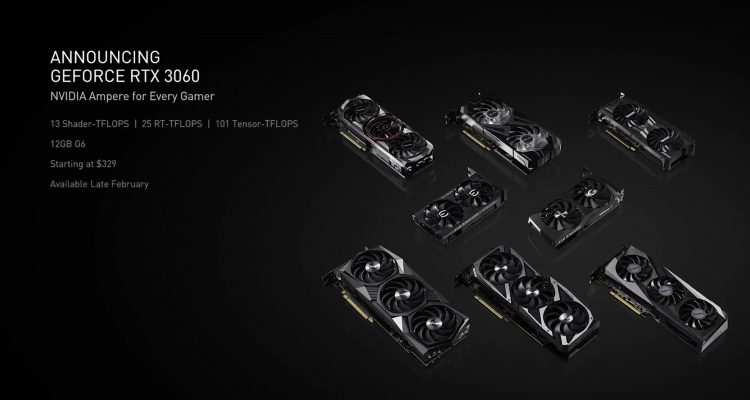 As reported by the French media, Nvidia’s newly announced GeForce RTX 3060 12Gb, contrary to the previous RTX 3000, will only be released by AIB partners, so there will be no Founders Edition model from Nvidia this time.

The slides that were used during the announcement of the card have not featured any reference designs, which usually means that the manufacturer does not plan to launch a model with its own cooling system.

However, the official render that was posted by the company on the website shows a new, fresher design that was not used by any other Ampere-based graphics card until now. The render appears to show a blower design without any power connectors. The GeForce RTX 3060 actually uses less power (170W) in comparison with the RTX 3060 Ti (200W), but it is still more for PCIe slot to handle on its own. This means that the render was never intended to show a final design that will be available to customers, it was marketing material.

NVIDIA announced that the new graphics card will be available in late February at a base price of $ 329.