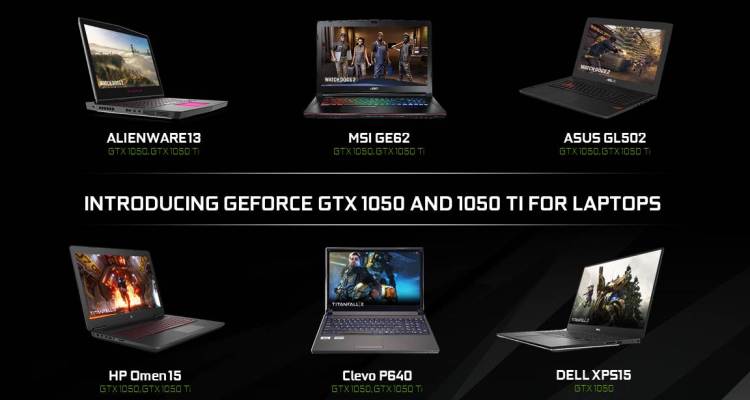 NVIDIA finally announced the launch of GTX 1050 and GTX 1050 Ti for Gaming laptops. The green company promises users to play classic and modern titles at 1080p at 60 fps. That’s three times more performance than the latest generation of NVIDIA GPUs for notebooks, which will also support features like G-Sync and NVIDIA Ansel for in-game professional-level screenshots.

On the other hand, there is a new feature called NVIDIA BatteryBoost, which will let you play twice as long without having the source connected, and at the same time play more than 30 FPS.

There are more than 30 laptop designs to be launched in the first quarter and will be shown at CES 2017 including Acer, Alienware, ASUS, Dell, HP, Lenovo and MSI models. Several of the models will be ready for purchase from this week, all models will be equipped with Intel’s new Kaby Lake platform

Some of the features of these new laptops: