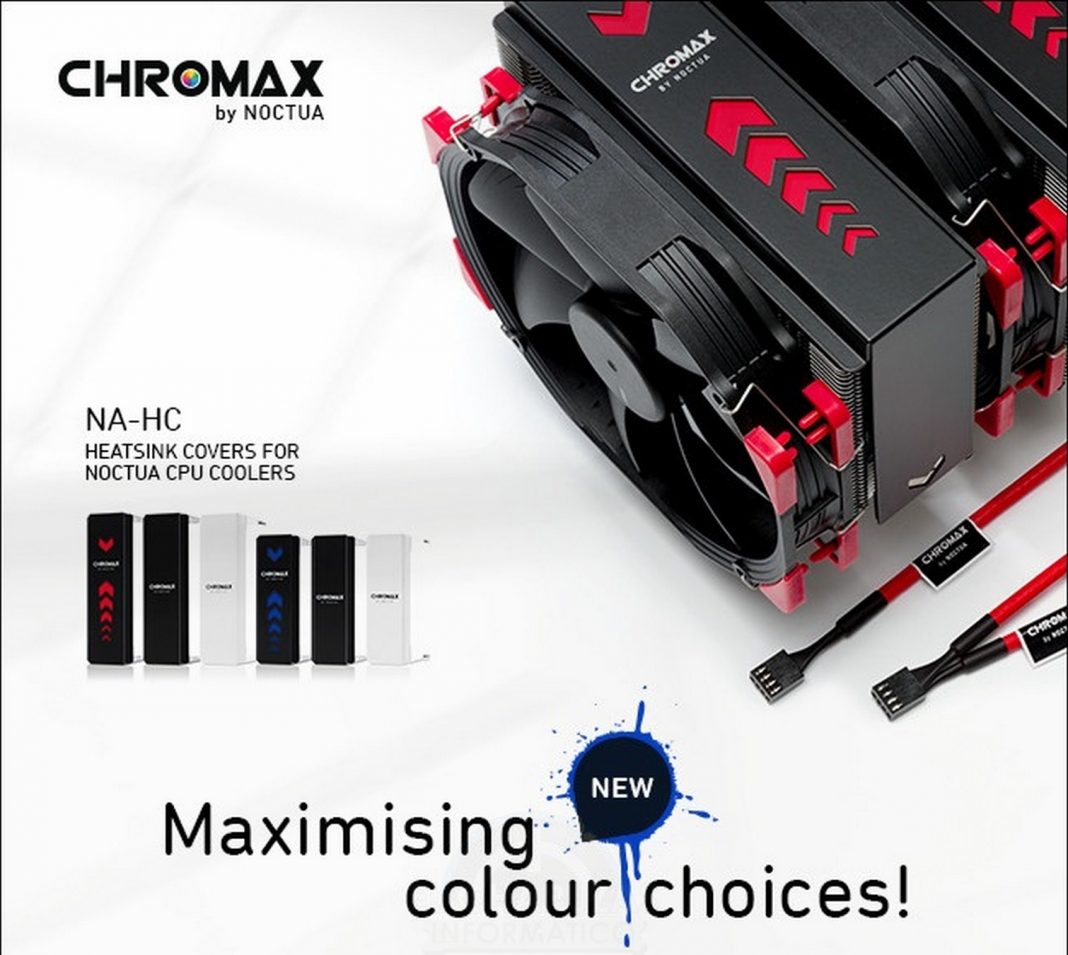 “We’ve seen an overwhelming customer response to our chromax line that allows users to customise the visual design of their heatsinks and fans in order to create unique, individual builds that impress with subtle, classy colour accents rather than overblown lighting effects,” says Roland Mossig (Noctua CEO). “With the new pads and heatsink covers, we’re expanding our offer, giving customers even more possibilities for colour-coordinating their fans and enabling NH-U14S users to customise their coolers.”

So far, the NA-SAVP1 anti-vibration pads have only been available in black, blue, green, red, yellow and white. The new dark-grey version is an ideal fit for the latest 14 and 12cm redux line fans such as the popular NF-P14s redux-1500 PWM and NF-P12 redux-1700 PWM.* Equally, the grey pads can also be used to add a subtle touch of grey to black 14 and 12cm fans such as the NF-F12 chromax.black.swap or NF-A14 industrialPPC. Like the other NA-SAVP1 sets, the new chromax.grey version includes 16 pads for outfitting up to 2 fans.

All products are already available via Noctua’s official Amazon and eBay stores: