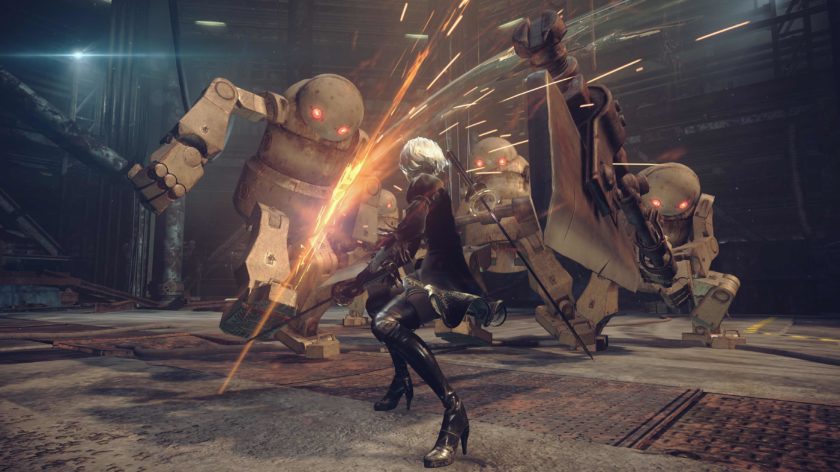 Platinum Games’ new role-playing game, the Nier Automata is all set for release next month for PS4 and the developers have been updating us with the new details regarding the game in the past few weeks.

Recently, the marketing lead at the Square Enix posted some more details related to the game’s world, system, character and the tools used by the players in the battle, while also posted a new 25 minute long gameplay footage on the official PlayStation blogs.

The open-world title includes double jumps, mid air dashes and super speed for the players to climb new heights and make it up to the treasures that are not possible for the normal human beings. Players will be given with four different types of weapons, including sword and board for the battle. Another interesting part of the Nier Automata is the system of death and life. According to the developers;

Living, Dying, Living Again
You are an android. So when you die, what happens? Your memory and data are uploaded into a new body and redeployed into the fray. If you return to where you died previously, you will encounter your former body. At this point players can do one of two things:

Retrieve the body for a bonus, or

Attempt to repair the body.

There are chances of players being able to reactivate their body successfully and join the battle and if they failed to do so, the body will go corrupt and will be hostile.

Check out the new gameplay video below;

NieR: Automata will be released for PlayStation 4 in Japan on February 23, in North America on March 7, and in Europe on March 10. A PC release is due sometime later this year. A PlayStation 4 demo for the game is available now. Stay tuned for more updates!