DeepCool announced the launch of its new water cooling kits Captain 120 EX, Captain 240 EX and Captain 360 EX, which belong to the Captain EX series under the sub-brand of Gamer Storm. As their names indicate, we are facing 120, 240 and 360 mm kits accompanied by one, two and even three fans for the flagship model.

Unlike the radiator size, and number of fans used, all liquid coolers make use of  120 mm fans running between 500 and 1800 RPM generating maximum air flow of 76.52 CFM with high static pressure of 31.3 mmH2O and a loudness of 31.3 dBA can be reduced up to 17.6 dBA at its minimum speed. These fans have a service life of 50,000 hours in use. The water pump moves the cooled fluid tubes to the aluminum radiator work at 2200 RPM backed by a lifetime of 120,000 hours of use before failure. 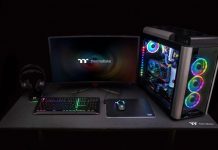