A new trailer for Fifa 16 has just been unveiled by EA Sports where much improvements in defense, attack and mid field can be seen.

The previous Fifa 16 trailer, which was unveiled at the E3 2015 event was criticized by Fifa fans as according to them, the new game was pretty much the same as compared with previous ones, i.e., Fifa 15 etc.

After nearly a month, seems EA Games took the advantage of criticism and made different developments. New features allows the gamers to read and track the movements of the opponents which seems an improvement in defense side. Actions like fake tactics as well as new sliding tactics are also included which can be seen from this trailer.

Improvements in the midfield are also made where the opponents will be able to control attack and “passing with purpose” was the word mentioned in the trailer which mainly balances the midfield with enjoyable battles.

Additionally, a change in the passing characteristics have to be appropriate for more “moments of magic” in an attempt to pass through the opponent’s defensive area, whipping the ball around in an additionally targeted way with the aim to achieve the goal.

Let us know your thoughts about these new features included in the upcoming Fifa 16. Stay tuned for more! 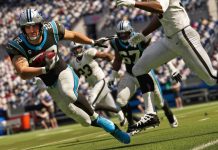