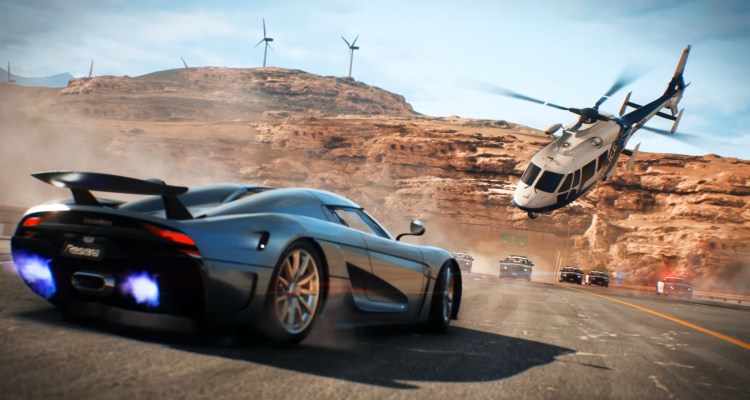 During the EA PLAY 2017 conference, Ghost Games presented the first gameplay trailer of the next iteration of the Need For Speed ​​series entitled Need For Speed: Payback.

“Need for Speed, one of the world’s best-selling videogame franchises, is back with a vengeance for a new action-thriller, Need for Speed: Payback. Located in the middle of the Fortune Valley, you and your team meet to seek revenge against House, a nefarious poster that dominates the city’s casino, criminals and cops. In this corrupt paradise of the game, the stakes are high and the house always wins. Play a variety of challenges and events like Tyler, the runner; Mac, the showman, and Jess, the driver. Each rider must face races, missions, and challenges, to gain respect for the dark side of the valley, and compete in the final race to finally make the House fall. From incredible missions of robberies, to devastating car battles,

The game will feature a Fast & The Furious style police storyline and will incorporate vehicle recovery and personalization mechanics similar to those we have already seen in Forza Horizon 3 using 5 different car categories.

“Adjust the performance of the five car classes (Race, Derrape, Off-road, Acceleration and Escape) to change the competition’s turns in any race, mission or challenge. Find abandoned cars around the world and create your perfect car from scratch. Gather, win or buy the latest spare parts and create the garage of your dreams. “

The video seems to be produced using the Frostbite 3 graphics engine (for the particular chromatic aberration), as is customary in all Triple A products in which Electronic Arts is working, which also augurs that the system requirements will be almost same as the past Need for Speed, Star Wars Battlefront or Battlefield 1.

Players who pre-order Need for Speed: Payback will receive the Platinum Car Pack, which includes a set of 5 exclusive cars:

On the other hand, the Deluxe edition will add to the mentioned car pack some exclusive personalization objects, experience boost, and can play the title three days before the launch, while the owners can play 10 hours of any versions from the Next November 2nd.

Need For Speed: Payback will be released on November 10 on new generation consoles and the PC platform.