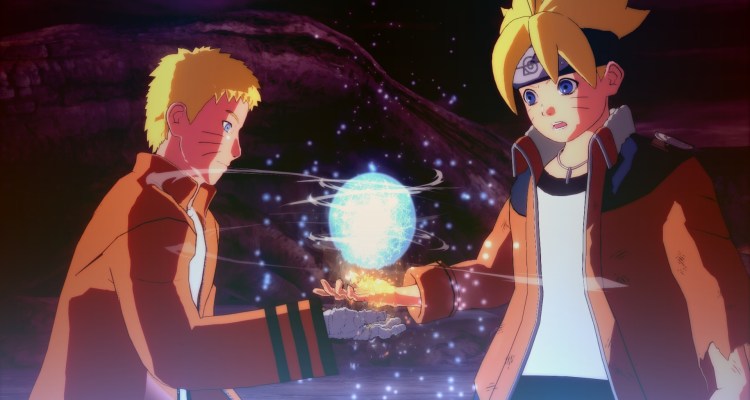 Bandai Namco released a new trailer for its upcoming Naruto Shippuden: Ultimate Ninja Storm 4 DLC, Road To Boruto, which will be available for PC (Steam), Xbox One and PlayStation 4 on February 3, 2017. This new trailer focuses on Five new playable characters, including Boruto Uzumaki, Sarada Uchiha, Mitsuki, Naruto Uzumaki (Road to Boruto version), and Sasuke Uchiha (Road to Boruto version). Each comes with new moves for players to learn, master in Free Battle mode and the new story mode that follows the events of Boruto: Naruto the Movie.

In this new DLC we will star Boruto, son of Naruto Uzumaki, being able to experience the story of Boruto: Naruto the Movie, along with a new story mode. Also new characters will be introduced accessible for both online mode Free Battle and offline, including of course Boruto Uzumaki and Sarada Uchiha, among others.

Players will be delighted with the renewed experience of Story Mode, which is based entirely on Boruto: Naruto the movie. New adventures, battles and event will be waiting for you and you will be immersed in a new universe until the last scene of all, the final battle of the storm against Momoshiki.

With their additional cast including Naruto 7th Hokage and Sasuke The Wandering Shinobki, the expansion will add a new secret combination technique for these two characters, consisting of a super fast combo attack. Finally, the long awaited viewer mode along with the improved “Endless Mode” will be implemented in this update.