At the Mobile World Congress 2016 there is also room for the announcement of new technology, and Oppo announced its “Oppo Super VOOC” charger, which promises to fully charge the 2500 mAh capacity battery in just 15 minutes. It can also achieve about 45% of charge in 5 minutes.

This charger is able to work for both MicroUSB ports like USB Type-C and requires Flash VOOC Super Charger, a special cable and connector that meets the highest quality standards with a military certificate. All this together gives us a 5v charger with an efficiency of 97 percent that is capable of transmitting power directly to the battery without any voltage conversion.

Delving into the charger, Oppo joined an MCU chip to allow achieving a revolutionary tension under an open loop multi-stage allowing a constant current to the load. To avoid TPO problem, a method is employed five levels of protection going from the adapter to the device.

VOOC Flash Charge creatively changes circuit topologies, meanwhile creates an all-side, five-level protection technique from the adapter to the interface as well as the device, securing the safety as well as the speed.

Because of the difference in charging mechanism and efficiency, the temperature of a smartphone using VOOC Flash Charge remains significantly lower during the charging process than a phone using a high-voltage solution. VOOC Flash Charge-enabled devices will heat up by a maximum of only 3.3 degrees Celsius.

Because temperatures can be regulated so effectively during charging with VOOC Flash Charge, the smartphone can safely be used during the charging process. For instance, you can Flash Charge your smartphone while surfing the Internet, watching videos, or playing games. 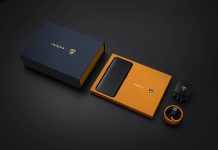 Oppo Find X Lamborghini Edition sold out in 4 seconds despite cost of $1,500

Oppo R7s joins the bandwagon of smartphones with 4GB of RAM

Kraftwerk Portable Charger Can Charge Your Phone With Lighter Fluid