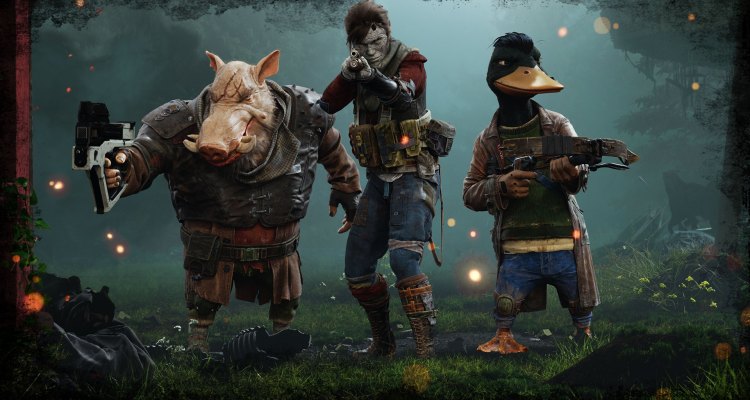 Funcom is pleased to announce that The Bearded Ladies’ tactical adventure game, Mutant Year Zero: Road to Eden will be released on December 4 for PC, Xbox One and PlayStation 4.

Now available for pre-order on official website, the game will be available in its standard edition (US $ 34.99) and the Deluxe edition (US $ 54.99). The latter includes a wallpaper, a digital art book, digital soundtrack and a digital copy of the Mutan Year Zero RPG book. Pre-order the standard edition will give you an early access to the launch of 3 days, and Deluxe Edition will also give you access to the beta before launch.

“Mutant Year Zero: Road to Eden is our passion project. It is the game that we always wanted to do, we are happy to be working on it. We truly believe in the unique mix of tactical turn-based combat with free exploration, stealth and history that will offer something new and different that players never experienced before, said Haraldur Thormundsson, CEO of The Bearded Ladies. “

Take charge of a team of mutants while you explore the planet Earth after the fall of humanity. Of course, the end of the world has arrived. It was a matter of time, of course; Between the unstoppable climate change, a global economic crisis, a lethal pandemic and the growing tension between the old and the new superpowers, the outcome was inevitable. For the first time after 1945, nuclear weapons were used in armed conflict, and even before the dust settled, mushroom clouds could be seen from east to west.

Now, everything is over, but the Earth is still standing. Nature has invaded the ruined cities and the wind runs through the empty streets, which are now nothing but cemeteries.

Humans have disappeared, and now, Earth is full of mutants, a mix between misshapen humanoids and animals that scavenge the wreckage of civilization hoping to find salvation or at least something to put in their mouth. To survive, you and your companions must venture into the Zone.