We are going to see lots of graphics cards of Nvidia GeForce RTX 30 Series based on the Ampere architecture, and a proof of this is that by the Economic Commission for Eurasia (ECC for its acronym), MSI has registered nothing less than 29 new graphics cards.

Unfortunately, these registrations arrive with a key code number and not with the GPU models, but it makes it clear that the company will launch a large number of variants to adapt to the needs of any different users segment. Demanding games that have arrived, like Microsoft Flight Simulator, or that are yet to come, like Cyberpunk 2077 will also boost the sales of new graphics cards. 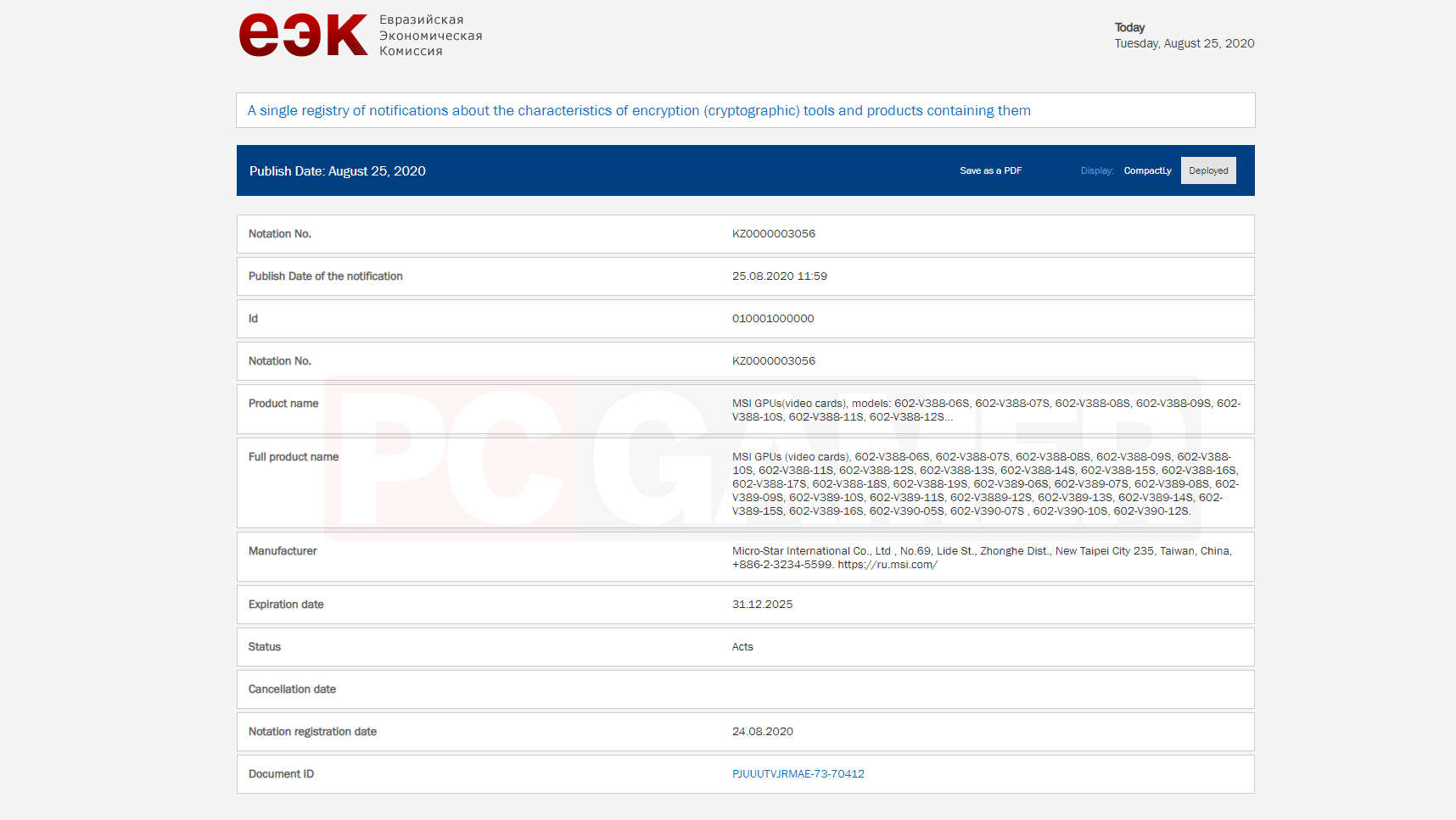 There are so many variants because, we would have the same graphics card with different memory capacities, for example, an Nvidia GeForce RTX 3080 would arrive to choose between 10GB and 20GB of GDDR6X memory. Moreover, each graphics card would also have different frequencies, different cooling solutions and Overclocking capabilities.