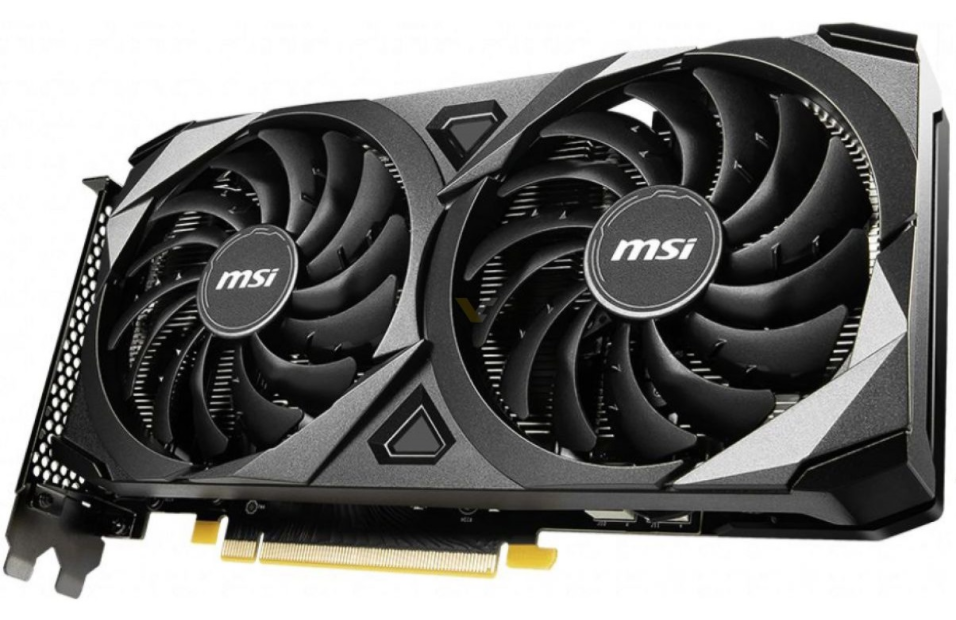 MSI modified the design of its newly launched graphics card, we are talking about the GeForce RTX 3060 Ti Ventus 2X V1, where they have put the design on a diet, making it go from occupying 2.2 PCI expansion slots, to only 2, although it matters little knowing that Multi-GPU configurations is not possible and even very compact chassis supported the original design.

Another change is in the power delivery, seems like they have realized that at the overclocking level little more can be done, and that is why the 2x 8 + 8-pin PCI-Express connectors initially integrated has been removed, now graphics card only feature single PCIe connector.

Regarding the cooling system, it does not change either, a radiator crossed by several copper heatpipes, a duale fan design, an aluminum backplate to dissipate part of the residual heat and add robustness to the PCB (which comes in black), and a perforated bracket to facilitate the exit of hot air to the outside.