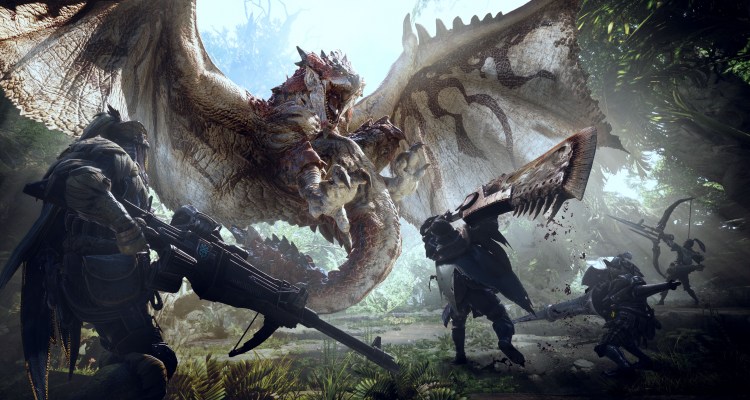 As confirmed by Capcom, the Monster Hunter World is set for release on PC a few weeks from now but some early access reports surfaced on the internet suggesting that the game will require a most powerful graphics card to run the game smoothly on high preset.

Some of us thought that it might be some issue of ports or bad optimization as noted in some of the PC games at launch. But Capcom has decided to issue an official statement to clarify the matter related to performance on PC.

According to the developers, the game engine requires multiple number of CPU cores and threads to run the game. William Yagi-Bacon, Vice President of Marketing and Digital Platforms wrote a detailed post on forum of ResetEra and explained the engine which is powered in Monster Hunter World. Check out the details explained by VP WBacon right below;

“To eliminate interstitial loading during active gameplay, MHW loads the entire level into memory. In addition to managing assets loaded into memory, it keeps track of monster interactions, health status, environment/object changes, manages LOD & object culling, calculates collision detection and physics simulation, and tons of other background telemetry stuff that you don’t see yet requires CPU cycle. This is in addition to supporting any GPU rendering tasks.

While the MT Framework engine has been around for ages, it does a good job in distributing CPU cycles and load-balancing tasks across all available cores and threads. The engine itself is optimized for x86 CPU instruction set, is highly scalable, and loosely speaking, is platform agnostic regardless of PC or console platform so as long as it conforms to the x86 instruction set.”

One member on he forums of ResetEra tried the game on his Core i7 4790K processor and GTX 1080 but managed to get around 44 to 50 FPS with high settings, which took PC gaming community by storm.

Monster Hunter World is set for release on August 9th on PC via Steam and will be protected with Denuvo DRM protection. Stay tuned for more updates!