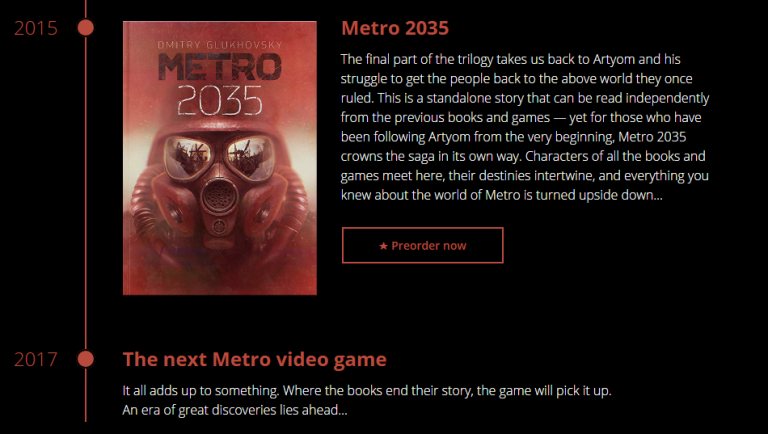 A month before the launch of the new book by Dmitry Glukhovsky, we find news that a new title in the Metro series will be available in 2017 and more than likely, it will be Metro 2035, the book will be released very soon.

“It all adds up to something. Where the books end their story, the game will pick it up. An era of great discoveries lies ahead…The next Metro video game.”

When 4A announced Arktika.1, creative director Andriy Prokohrov noted it was  “one of TWO projects in development right now,” before adding, “We’re not ready to talk about the other project just yet, but we think you’ll like it. So please be patient!”

After the events of Metro 2033 and Metro Last Light, Metro 2035 is the final part of the trilogy of Artyom and its people. It will be an independent story that can be read without knowing the previous games in the series and books, but for those who have followed the story from the beginning, Metro 2035 crown the saga in a unique way. We’ll have to wait a little longer for an official announcement from 4A Games.