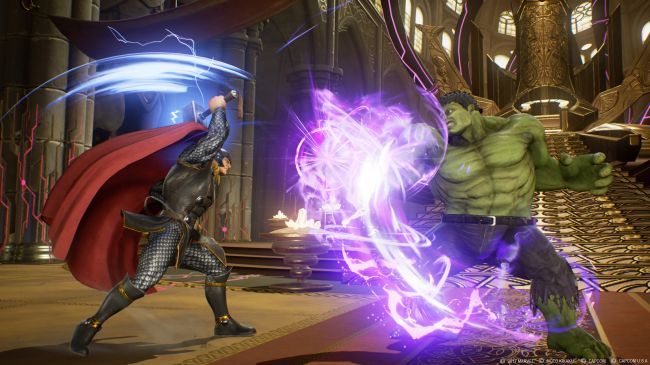 Capcom is working on its new ultimate fighting game Marvel vs Capcom Infinite and lately, the developer studio announced release date of the title which is confirmed for the third quarter of this year.

According to Capcom, its anticipated fighting game Marvel vs Capcom Infinite will be released on September 19th in the North America and Europe. The game is now available for pre-order and the studio have also listed the new characters which are included in the game.

New characters included in the game are; Ultron, Hulk, Thor, Hawkeye, Rocket Raccoon, Chun-Li, Strider Hiryu, and Chris Redfield while more characters will be announced in the coming months. Previously, it was confirmed that the game will have the following playable characters; Captain Marvel, Iron Man, Captain America, Ryu, Mega Man X, and Morrigan.

Have a look into the game’s release date trailer below;

Moreover, Marvel vs Capcom Infinite Character Pass was also discussed by the studio, which will be included in the game’s Deluxe edition. Edition will give players the access to six DLC characters, including Sigma, villain of Mega Man X series. While those who pre-order the $90 Deluxe edition will also have access to four special costumes.

Players will be able to use the powerful Infinity Stones that will enable them to utilize powers such as time, space and power, resulting in more customized gameplay. Speaking of the gameplay, user timgonzales has shared a new gameplay footage of the title, showcasing single-player mode.

Have a look into the new 5 minute footage below;

Marvel vs Capcom Infinite is scheduled for release on September 19th for PC, PS4 and Xbox One. Stay tuned for more updates!