Famous hacker group Lizard Squad, which most recently had taken down Malaysia Airlines site, hinted that they could possibly have something connected with the black out experienced by Facebook and Instagram on today Tuesday morning.

Facebook and also Instagram were down for approximately an hour or so resulting in a wave of intimidated comments on Twitter, with people attempting to determine the scenario.

Facebook clarified with a comment that debunked the Squad claim:  “Earlier this evening many people had trouble accessing Facebook and Instagram. This was not the result of a third party attack but instead occurred after we introduced a change that affected our configuration systems. We moved quickly to fix the problem, and both services are back to 100% for everyone.”

Previously we have seen many huge cyber assaults by Lizard Squad, on 25th December PSN and XBOX live were taken down by them. Recently Lizard Squad announced a new hacking service to take any website or network down, the service was named as “Lizard Stresser”. 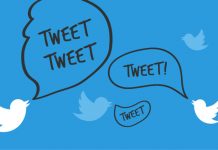 How to enjoy 280 characters Tweet on Twitter? Here we explain it to you in a simple way