Researchers at the University of California showed energy-efficient KiloCore, the first processor in the world that contains no less than 1,000 cores that can be programmed independently. This amount of processor cores gives the maximum speed of 1.78 trillion calculations per second, contains 621 million transistors. It will be shown at Symposium on VLSI Technology and Circuits in Honolulu, Hawaii.

“To the best of our knowledge, it is the world’s first 1,000-processor chip and it is the highest clock-rate processor ever designed in a university,”

Scientists indicated that each of the 1,000 cores that make up the KiloCore can operate independently, offering impressive flexibility over other processors. Because each core operates independently, the cores are not active may be turned off by themselves to save even more energy. Altogether, working of 1,000 cores can perform 115,000 billion operations per second consuming only 0.7 watts, so it can be powered by one AA battery. Thus, it is 100 times more efficient than a modern processor designed to give life to a laptop. The KiloCore was manufactured by IBM using its 32nm CMOS technology. 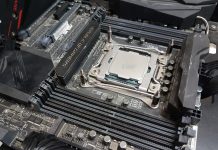 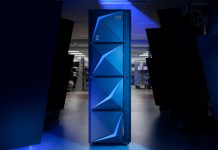