Japanese corporation Toshiba conceived to launch a new factory for the production of chips. It will not be built in the home, they are looking for overseas locations for chip plant.

This report is coming from foregin media reuters. The president of Toshiba Hisao Tanaka has announced the construction of the new company and it will be determined in the next fiscal year, means the company will begin in April 2015. According to a top manager, Toshiba will consider the option of running factories in foreign countries.

Samsung and SK Hynix already have factories in China, said by Mr. Tanaka. However, when a reporter asked a question about the opening of a factory in China, he said the phrase: “But Samsung has a plant in the United States, as well.” President of Toshiba did not rule out that the corporation can stop choice in the domestic market.

In September 2014 Toshiba opened a plant for the production of flash memory chips in the city of Japan, Yokkaichi. Size of investment in this project is estimated at $ 3.3 billion. The size of investments in new production facility, which is scheduled to be operational in 2017, is still unknown.

Hisao Tanaka added that the demand for memory chips exceeds the capacity of production for Toshiba, that’s why they are taking such decisions. By the end of the current fiscal year manufacturer intends to invest in the semiconductor business of about $1.66 billion. 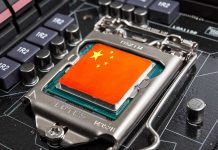