Take a pen and circle 9th september on your calender because it is the date confirmed for the most anticipated device “Iphone 6” to get unveiled. Apple has scheduled a huge media event for that date and it is likely to unveil the Iphone 6.

According to some mumblings , the bigger size (5.5-inch) will get unveiled later before the end of the year. Both the versions of phones have a bigger screen than their former i.e. 4-inch iPhone 5, 5c, and 5s. According to some latest reports one will have a screen of 4.7-inch and the other of 5.5-inch.

Some latest rumours say that the launching date of this device will be 14th October , the same date when Iphone 4 was released in 2014. It is expected that Apple will unveil  Apple iPhone phablet, Apple iPad Air 2 and Apple iPad mini 3 within October.

It is still not officially confirmed but according to Recode , Apple’s annual Iphone event will be held on tuesday 9th sep. At the event , we’ll come to know whether the  rumours are right. 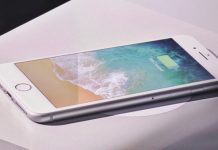 Apple iPhone 8 and iPhone 8 Plus, new hardware inside the iPhone 7 chassis