Good news for all users who are thinking to buy (or already have) a new system based on Intel Skylake, because the Philippines expert Overclocker “Dhenzjhen” has managed to overclock an Intel Core i3-6320  modifying its base clock from 100 to 127 MHz, while the Overclocker “Elmor” did the same with the Core i3-6300  (100 to 152.8 MHz), it would not be the news if both two CPUs were factory locked for Overclocking. This was made ​​possible using a motherboard with modified firmware.

Intel Skylake “non-K” Can Be Overclocked

The frequency of a CPU is measured by the base clock (BCLK) and a multiplier. Generally, this clock starts based on 100 MHz, if you have a CPU with the tagline ” K ” that means you can do both from the BIOS, or increase the clock multiplier basis. On the other side of note “non-K” processors have built-in limitations, so you cannot alter the BCLK and the multiplier, but thanks to this modification, you can increase the BCLK and the multiplier, when the result is multiplied, the overall frequency of the CPU will be higher.

For Modifying the BCLK, Dhenzjhen got his Intel Core i3 6320 at 4955 MHz (+27%), cooled by liquid nitrogen paired with 8 GB of G.SKILL Ripjaws V DDR4 memory with motherboard from the great manufacturer, ASRock, which always allows to skip all CPU and RAM limitations.

With a simple BIOS upgrade, an ASRock motherboard can increase the frequency of Pentium G4400 at 20 percent, 20 percent for Core i3-6300T and Core i5-6600 with no less than 30 percent. Users will receive these bios from next week “after internal validation“.

No doubt this is great news, since a Core i3 or Core i5 Overclocked makes them very powerful CPUs at a very low price, thus saving a lot of money compared to the K models, money that can be allocated to other parts of your system or simply to save the extra cost. 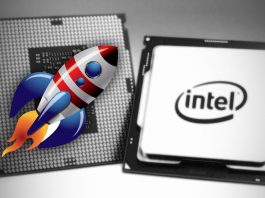 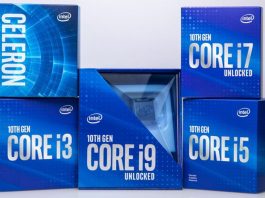