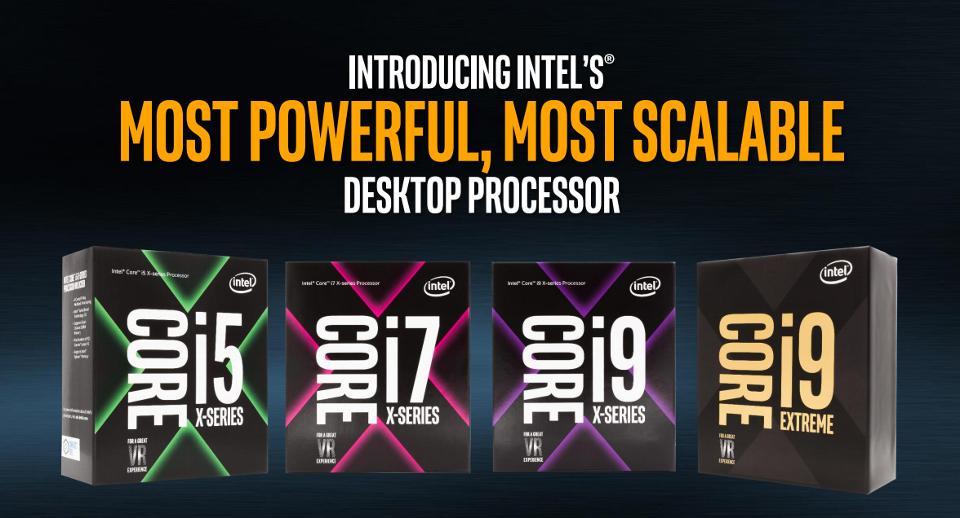 Intel announced its new family of processors belonging to the Kaby Lake X platform, a family made up of 9 models for this high-performance platform based on the Intel X299 chipset that, illogically, starts with a 4-core / 4-threads model without integrated graphics with a TDP of 112W compared to the 95W of the original model (i5-7600k). 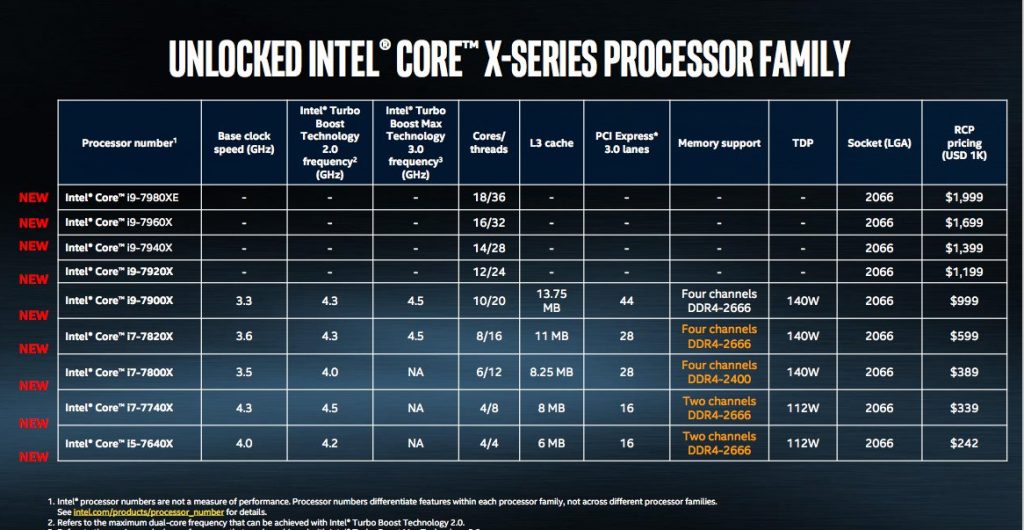 The most powerful is the Core i9-7980XE, consisting of 18 cores and 36 threads, although the information offered by the company is quite vague, giving no detail around its frequencies or TDP, although we know that it will be limited to 44 PCI-Express 3.0 lines which may be accompanied by a Quad Channel @ 2666 MHz DDR4 RAM configuration. Its price is 1999 dollars, which will translate into about 2400 euros. 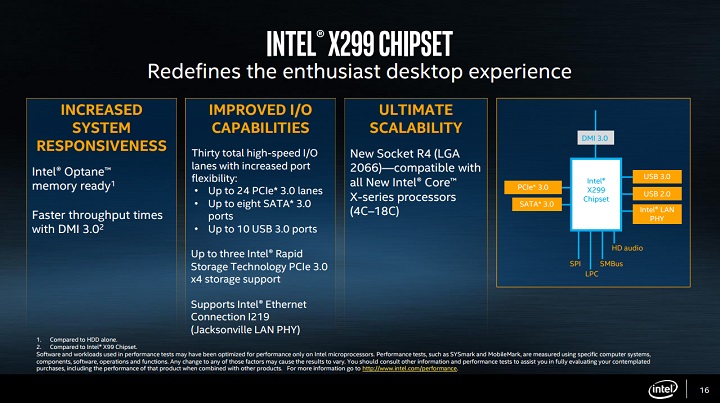 As for the set of Intel X299 chipset, it is associated with the processor socket via DMI 3.0 interface and can provide up to 30 different operation interfaces. In particular, the forces “south bridge” can be provided to the work 8 SATA ports 6 Gb / s, 10 USB 3.0 connectors, and up to 24 PCI Express 3.0 lines. 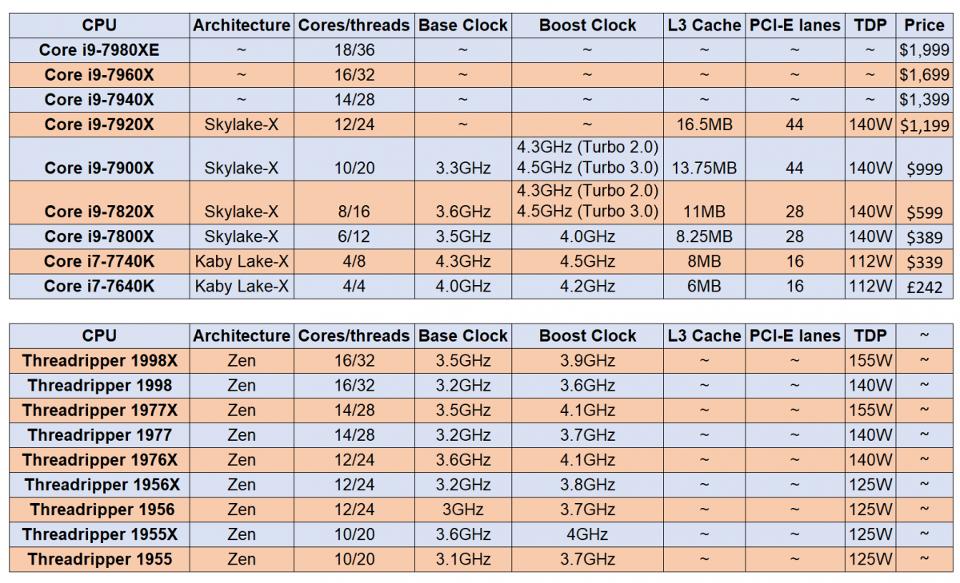