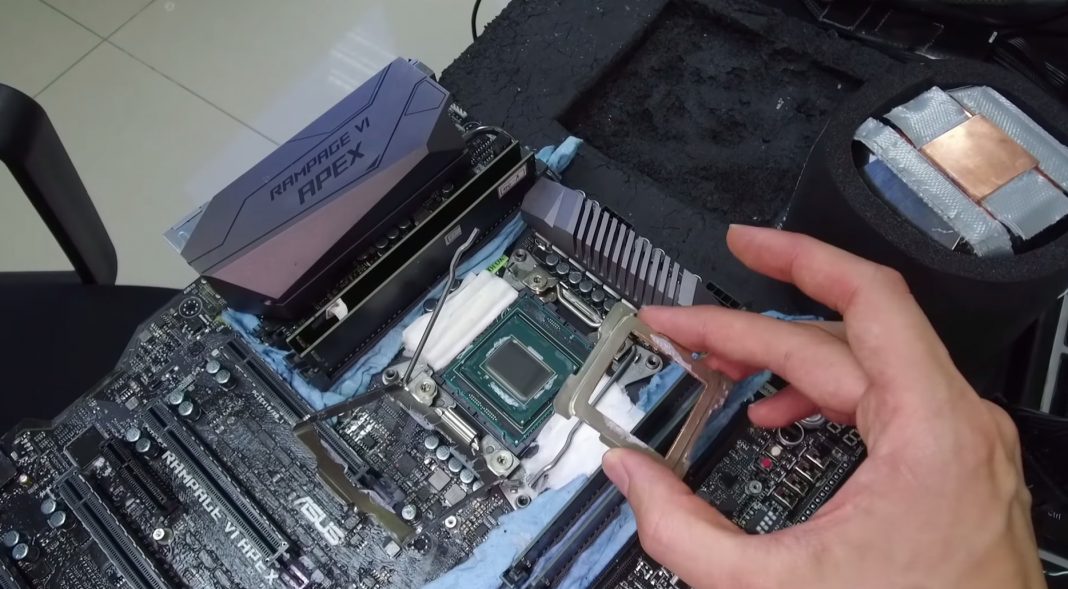 After the launch, we have the first Overclocking tests in which the new flagship CPU managed to bring 18 cores to a frequency of 6.10 GHz, but the most interesting thing is the consumption generated by the CPU at such speed, no less than 1,000 watts.

The well-known Overclocker Dercsauer, removed the encapsulation of the CPU and used liquid nitrogen for Overclocking tests on the Asus ROG Rampage VI APEX motherboard. In order to give an idea of ​​the harvested performance, the Ryzen Threadripper 1950X, with 16 cores @ 5.40 GHz by liquid nitrogen, reached a score of 4,514 points in the Cinebench R15, while the Core i9-7980XE only passed in a stable @ 5.60 GHz, despite this, scored an impressive score of 5,635 points. 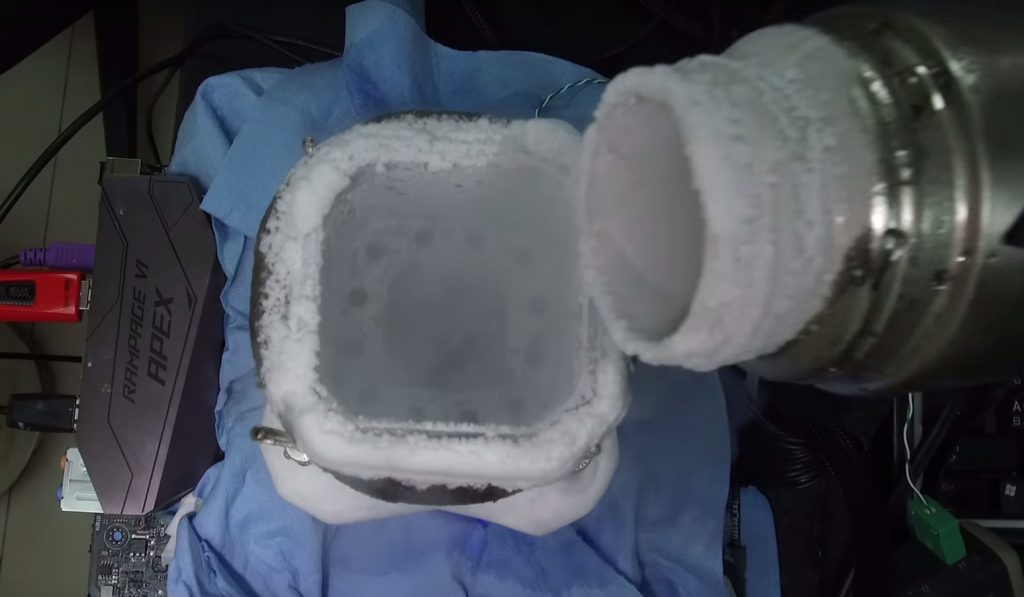