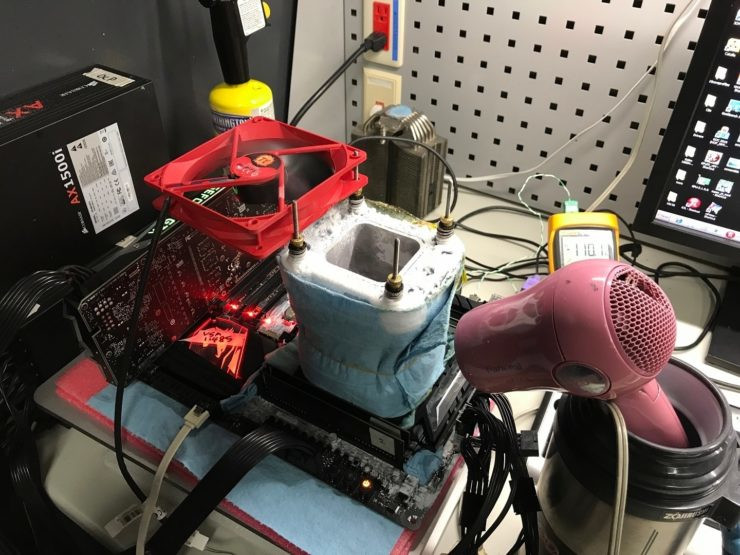 The Overclocker “sofos1990” broke a world record in HWBOT with the use of Intel’s top-of-the-range Core i9-7900X processor. Thanks to liquid nitrogen, the CPU was able to reach 6.01 GHz, Which means an increase of 82.3% of its reference frequencies. This resulted in a score of 12,189.52 points, thus being the highest performance thrown by a 10-core CPU, so far, outperforming the Core i7-6950X’s former record of 11’018.67 points by quite a margin. We expect to see even higher clock speeds from other Overclockers soon.

To achieve this, this Core i9-7900X was also backed by the Gigabyte X299 SOC Champion motherboard along with a G.Skill Trident Z DDR4 memory set to work at 3270MHz and CL13 timings and Corsair AX 1500i power supply. In terms of temperatures, no problem, as the CPU yielded a temperature of -110 ° C, while the VRM was exploited avoiding the known problem of excess temperatures.