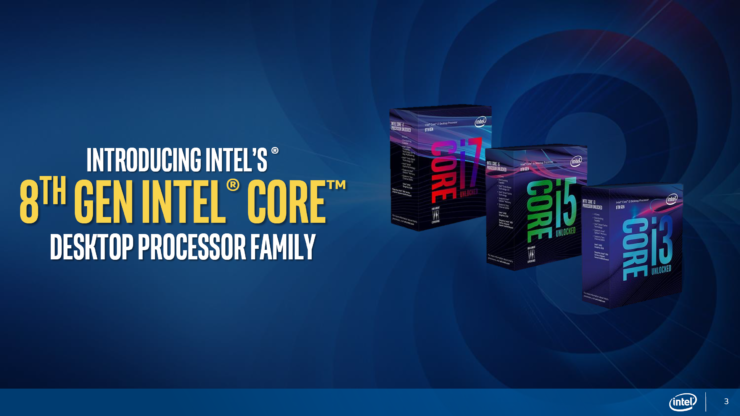 We have been reviewing the Intel technical documentation on the Coffee Lake and there are some things that have not seemed right to me and that have made me curious. Intel will release the Core i3, Core i5 and Core i7 on October 5, but we do not know anything about whether to get a new Intel Pentium and Celeron processors, especially because we would like to see the replacement of the Pentium G4560, a processor that perform so well with an extremely tight price. 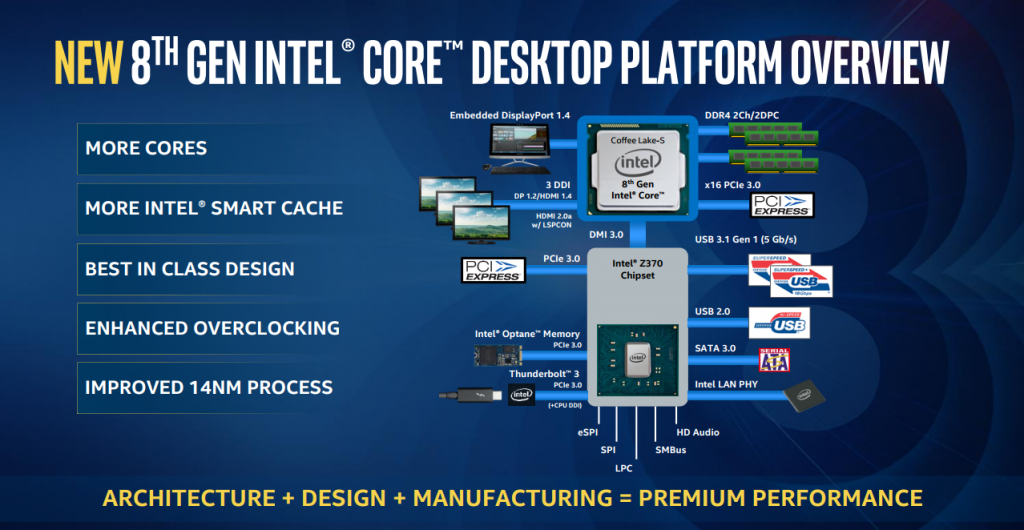 These new processors require new motherboards with new chipset. At launch only high-end motherboard will go on sale with Intel Z370 chipset, the rest of the motherboard with Intel’s H370 and B360/H310 chipset will be released in 2018. At the moment we don’t know how many PCIe lines these chipset and the processor will have, because it is established according to the technical documentation that are up to 40 lines, but not specifically specified, something very rare, since it is usually specified. Intel specifies in the documentation that the configuration of the PCIe line depends on the manufacturer and these processors support 1x PCIe 3.0 x16, 2x PCIe 3.0 x8 and 1x PCIe 3.0 x8 + 2x PCIe 3.0 x4. If we take this data, there would be 24 free lines, of which at least four would go to M.2 SSD PCIe ports, although, as we say, it is not clearly specified anywhere.

Provided gaming data are also looking irrelevant, because processors from AMD camp are not mentioned in any way, so Intel seems to be doing other things in this field. Intel has benchmarked new processors with a GTX 1080 Ti and compared with the i7 7700K and the i7 4790K. 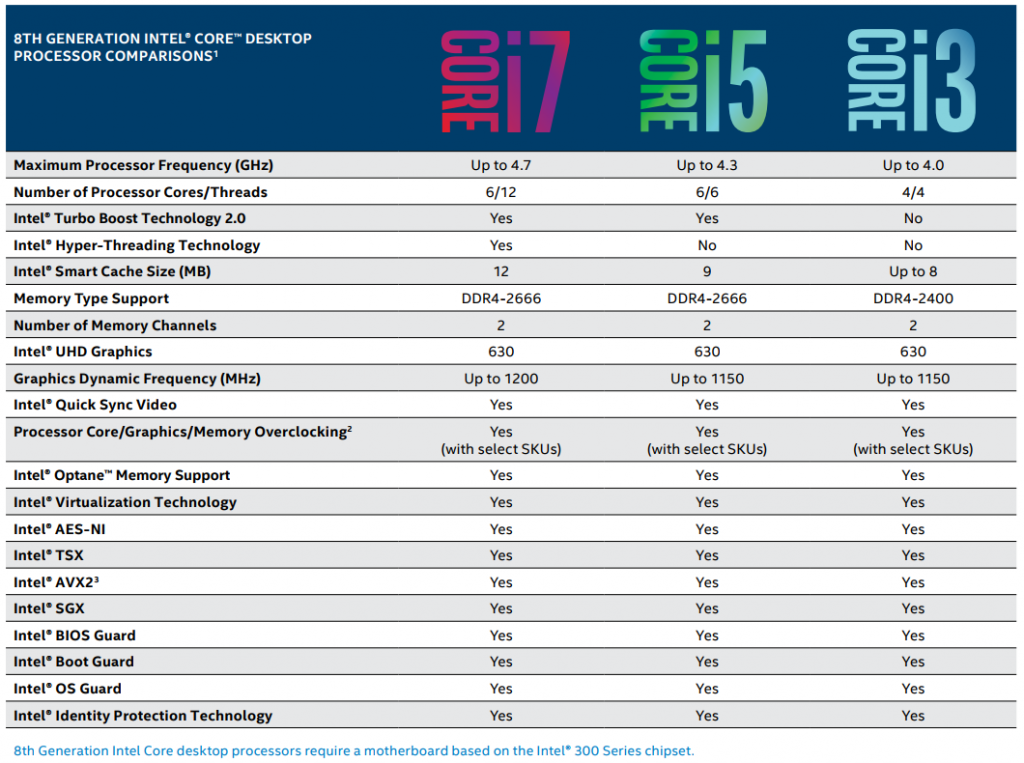 It is always interesting to read the fine print because it reveals a lot of information and some relevant data. These processors, like the Kaby Lake, support Optane memories, although currently only serve as a cache to speed the system, cannot be used as a primary unit. Intel compares the performance of the Core i5 8400 (6C / 6T) and an Optane drive with a system with a Core i5 3470, this without Optane memory. Logically the performance has been improved in x2.1 times while in web execution the speed is improved in x8.6, in this case in Chrome. We also consider this case as an irrelevant comparison, since if we mounted a system with a HDD, an SSD and an M.2 SSD, we would see a great difference of performance, something logical. 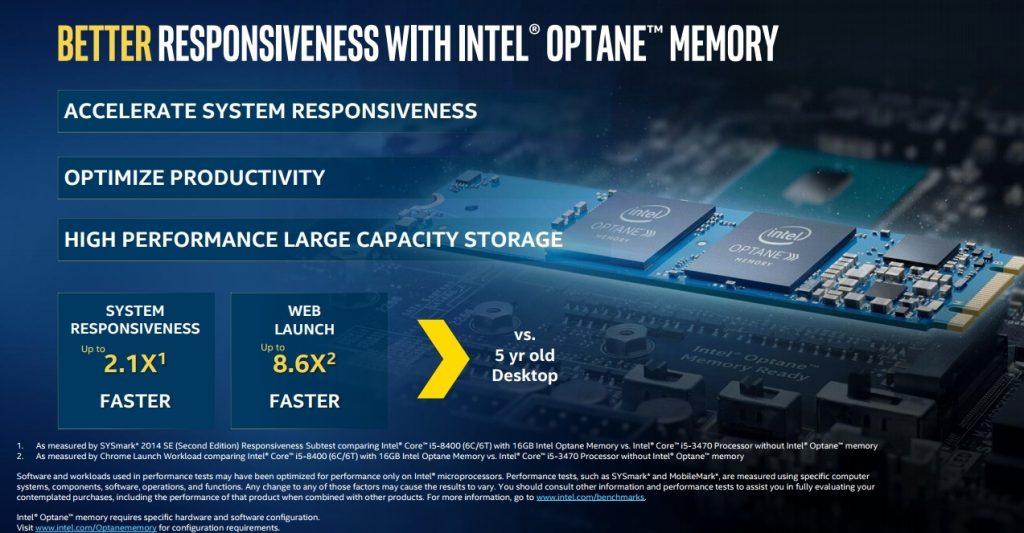