Just a month before the launch of the Intel 8th Generation Coffee Lake CPUs, Intel has announced the end of production of its Intel Skylake CPUs (LGA1151), which make up the Intel 6th Generation Core Processors. This move was expected, since Intel will never entertain more than two architectures in the market at the same time, so we will only find CPUs from Kaby Lake (7th Gen) and Coffee Lake (8th) generations in the stores.

Due to the cessation of production, it is expected that it will become increasingly difficult to find these processors for sale. According to Intel, wholesalers can continue to order these CPUs until March 2018, until the stock runs out. Until that day comes, chances are that we only find the most interesting CPUs, such as Core i7-6700K and Core i5-6600K in some stores.

For now, Intel 8th Generation Coffee Lake is the response of the blue giant to a successful AMD Ryzen that has achieved a significant market share in a very short period of time, which not only forced Intel to offer Intel Core i3 processors with 4 cores, but to offer 6 cores on its Core i5 and Core i7 CPUs to face Ryzen CPUs. But we remind you that AMD is already working on Zen 2, so the competition will be good news for all users, because next year Intel will have to come back to put all the meat in the rotisserie, and that will translate into making the leap to 10nm and offer 8-core CPUs to consumer market. 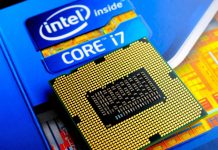 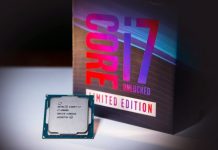