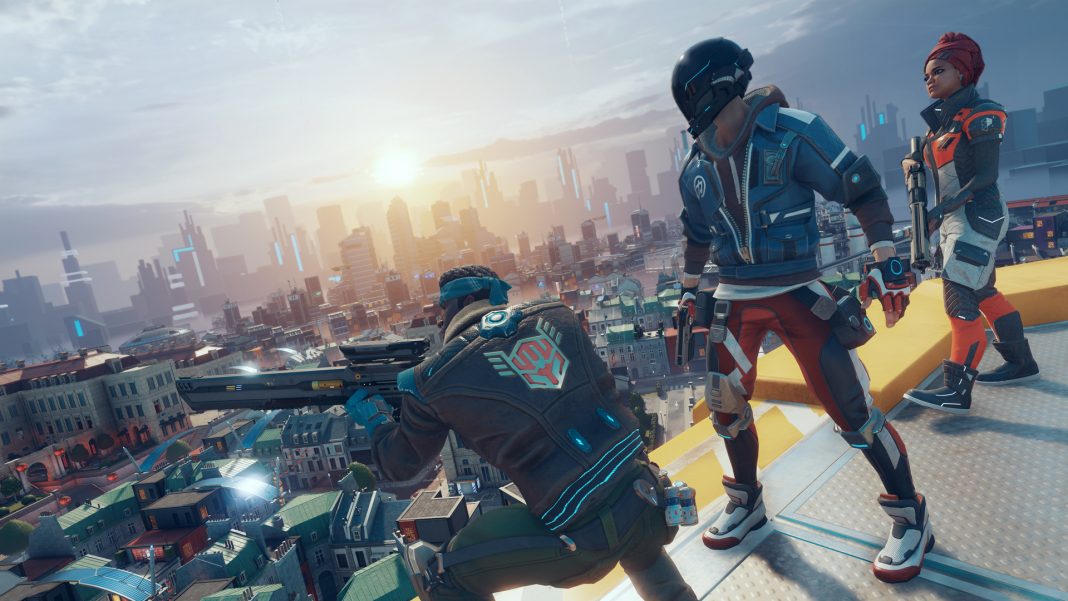 Ubisoft today announced the arrival of Hyper Scape, a fast-paced free-to-play urban FPS Battle Royale. Developed by Ubisoft Montreal, Hyper Scape is set in the distant future of 2054, in which up to 100 contestants descend on the virtual city of Neo-Arcadia to face off in action-packed, adrenaline-charged games to be crowned champions. Starting today, Hyper Scape is available for a limited-time in beta form in many territories across Europe and North America.

Hyper Scape will be available first through a limited-time closed PC technical trial starting today through July 7. The three-player Crown Rush mode is available today and the limited-time Dark Haze solo mode will also be available later in the trial. The trial also includes a free 10-level Battle Pass and all progress and items will carry over to future live phases and game launch.