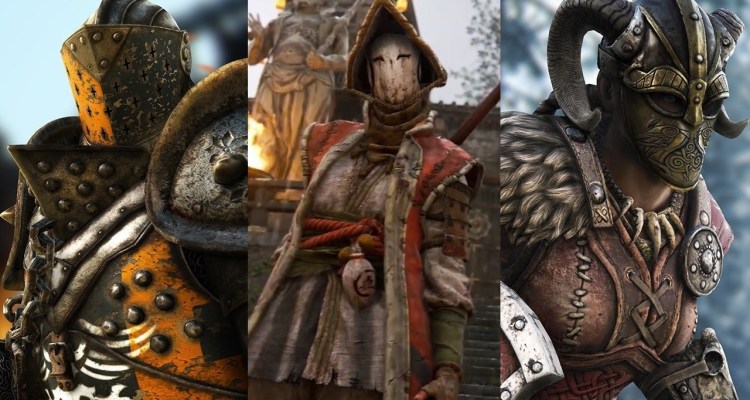 Ubisoft continues to unveil its sensational cast of twelve legendary For Honor heroes. Today they brought new details and trailers of the remaining three that were missing to reveal: the Valkyrie, the Lawbringer Knight and the Samurai Nobushi.

For Honor gives players the chance to raid the battlefields as one of 12 heroes who can open upfield through powerful foes and oppose almost any of them. Each of these heroes adapts to different styles of play, so if you look for a warrior with enough range to keep those who hold a sword and axes will want to try Nobushi. One of the four Heroes of the Samurai faction, Nobushi is a mysterious masked warrior who carries a spear-like naginata, using his range to surprise and destroy opponents.

Developed by Ubisoft Montreal in collaboration with other Ubisoft studios, For Honor offers an engaging campaign and exciting multiplayer mode. Players will take on the role of warriors of the three great factions – the bold Knights, the brutal Vikings and the enigmatic Samurai – and will fight to the death in intense and credible melee sands. The innovative combat system puts players in complete control of their warriors, allowing them to use the unique skills and fighting style of each hero to destroy all enemies who stand in their way. For Honor will be available from February 14.

The For Honor Closed Beta will be available from January 26-29, 2017, for Xbox One, PlayStation 4 and PC, and. Those who are still waiting to swear sword can register at this link.

For Honor immerses players in the chaos, fury and brutality of the merciless and visceral melee show characteristic of the game, with the crazed Vikings, lethal Knights and Samurai, cold as steel. In each faction, players will be able to choose between four different types of Heroes:

The Heroes each offer their own group of abilities, weapons, armor and combat style. Having a wide range of customizable options, players will be able to configure their Heroes not only for a unique look and behavior, but also to adapt them to their fighting style.

For Honor multiplayer modes can be played with and against other players, or bots, on split screen consoles and cooperative play. These multiplayer modes offer each player a different way to become an experienced warrior who fights on a battlefield that is believable: