Huawei officially announced in Russia with a new high end device under its Honor brand, we are talking about the Honor 8 Pro, an aluminum terminal with 6.97 mm thickness where a grateful 5.7-inch IPS panel is set with a Quad HD / 2K resolution of 2560 X 1440 pixels resulting in a density of 515 pixels per inch. This screen will be powered smoothly thanks to the use of the SoC Kirin 960 @ 2.40 GHz (4x Cortex-A73 + 4x Cortex-A53 + Mali-G71 MP8 GPU) supported by a generous configuration of 6 GB of LPDDR4 RAM along with 64 GB of internal storage expandable by means of a MicroSD card. 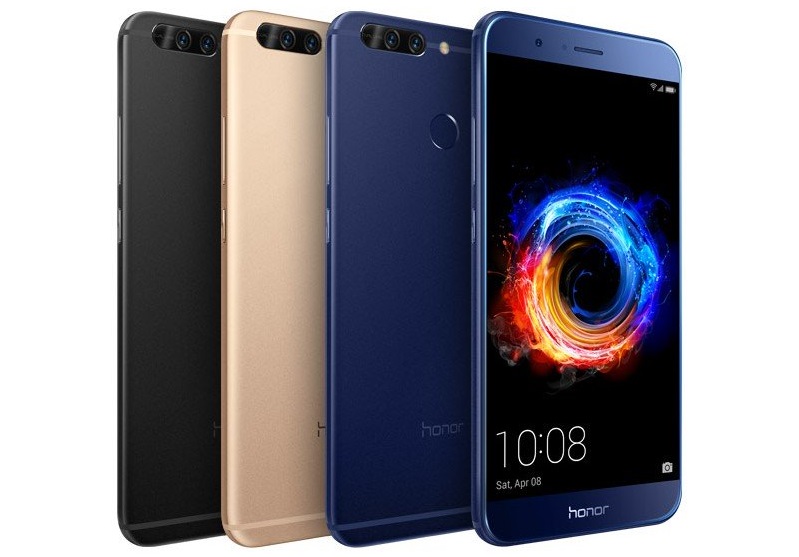 The rest of the Honor 8 Pro specifications are completed with a dual 12 megapixel rear camera with dual LED flash capable of capturing 4K video, 8 megapixel front camera for selfie lovers, a 4000 mAh battery that promises 2 Days of battery life backed by fast recharge technology, 4G LTE Cat.6 connectivity with Dual SIM support, use of the Android Nougat operating system hidden under the EMUI 5.1 interface. It is expected to be officially launched in the European market on April 5 in black, golden and blue color.