Square Enix and IO Interactive confirmed that Hitman, the last title of legendary Assassin, this time it was released in the form of episodes, will receive a new patch during this week that will add a new feature to the game to achieve a better look than ever.

Hitman To Get HDR Patch Next Week For PC, PS4 and Xbox One 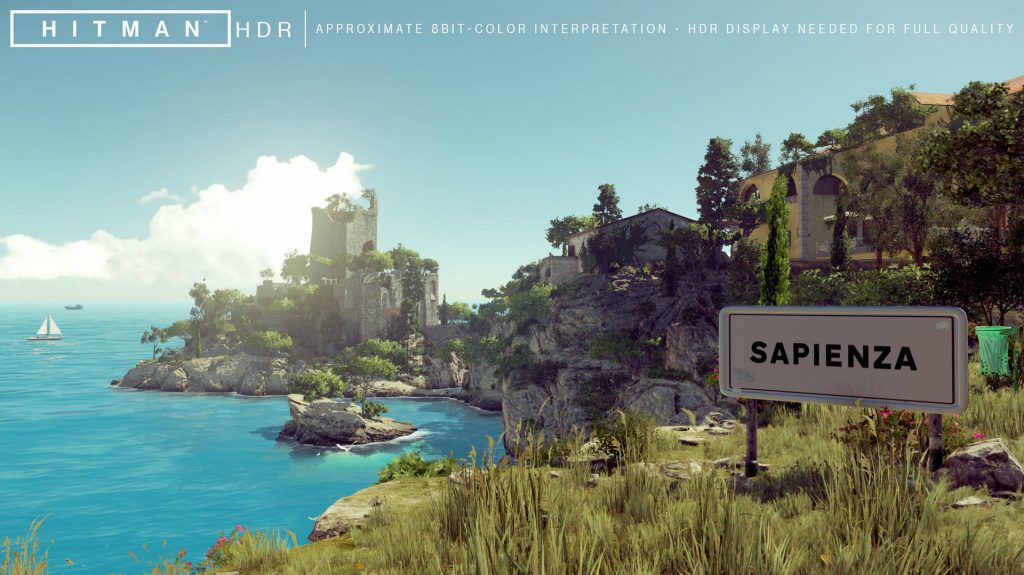 As an example, think of 47 in a dark room looking out a bright window. Without HDR you would not be able make out what’s outside, whereas with HDR you can simultaneously see details inside the room and outside the window. Another extreme example is the sun. Without HDR we could not render the sun brighter than a white piece of paper, so we had to ‘simulate’ the sun being blinding. With HDR we can draw the sun several times brighter, so that it is actually close to being blinding, just like in real life.

This new feature will be the support of the HDR technology in the game, and it will arrive on January 31 as an upgrade for the title. In addition, the patch will arrive for all platforms, ie PC, PlayStation 4 and Xbox On. That’s why the developer has shared an image of Hitman showing some of the improved aspects of the game, although obviously will require a monitor or TV compatible with the HDR to enjoy such details.