Home Miscellaneous HBO Go would be coming to the XBox one

HBO is so famous that they got their own app which is HBO Go, which let us watch out favorite movies and HBO’S TV shows like the Epic Game of thrones and this news will make the Xbox one users very happy, yes the HBO Go app would be coming to the Xbox one. Well, According to WP Central, Xboxone user sub-reddit linked to a Microsoft One Drive account which contained some pictures of the HBO Go running on the Xbox one, Not all that but the user said it is in testing. Unfortunately, most of the images of the HBO go app on Xbox one has been removed.

HBO Go would be coming to the XBox one

HBO Go has been already out for Xbox 360 and I think the HBO Go app is indeed coming to the Xbox one because In June, Microsoft announced that we will be able to enjoy more than 45 new entertainment apps on Xbox one and Xbox 360 worldwide by the end of the year. So, HBO Go maybe (Indeed) is one of the apps coming to the Xbox one. Well other apps which includes are Vine, ShowTime Anytime, Comedy Central, Major League Gaming, and new embedded Twitter functionally. So, when this app will make their way to the Xbox one and Xbox 360 then the Microsoft’s app catalog will increase by 25 percent with more than 225 apps in total. As for now we only get to enjoy 180 apps according to Microsoft said on the Xbox Wire, Soon we will be enjoying 225 apps or more.

As for now, You will have to pay for a pricey subscription to a cable or TV service so you could access the HBO Go, but HBO CEO Richard Plepler, earlier this week said that HBO will launch as a stand-alone service in the United State satellite next year, which is surprising. So, are you guys prepared to watch the Epic game of thrones on your Xbox? 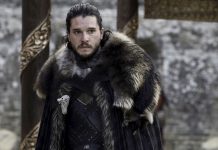 Target Listing for ‘Bethesda: Game of Thrones’ Title is Not Real

Microsoft Xbox One gets Backward Compatibility