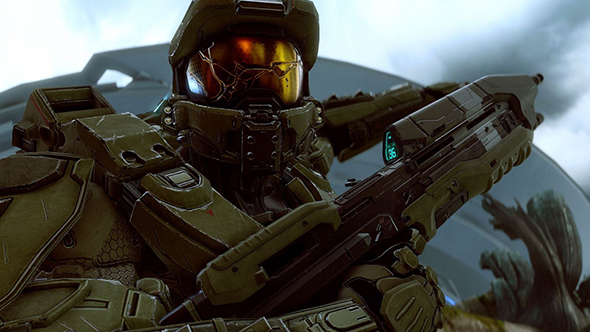 Microsoft’s famous action, sci-fi game Halo 5 Guardians was reportedly getting a PC port and recent rumors again sparked a curiosity among franchise fans but the publisher Microsoft debunked the rumors once again.

Microsoft’s spokesperson issued a formal statement to CNET regarding the rumors of game’s PC release and reconfirmed the fact that Halo 5 was planned to be Xbox One exclusive. Here is the company’s statement to CNET few hours ago; “As we’ve shared previously, we do not have plans to launch Halo 5: Guardians on Windows 10 PC.”

Since past few years, most of the Xbox One titles including Forza Horizon franchise released for Windows 10 PCs under the Xbox Play Anywhere banner and back in June, it was reported that company’s website mentioned Halo 5 as Windows 10 supported title. Microsoft has assured the players that there’s no chance the game will be coming to PC but recently, Amazon’s box art logo sparked a huge speculation, hinting possibility towards Windows 10 release.

The Halo 5 team is growing and working at full speed ahead on Halo Infinite. I have no idea why the box art logos changed but I will ask a grown-up in the morning.”

Halo 5: Forge is currently the only version which is available for PC and currently, the team is working for the next installment in the franchise Halo Infinite, which is expected for Windows 10 PC release when it launches.