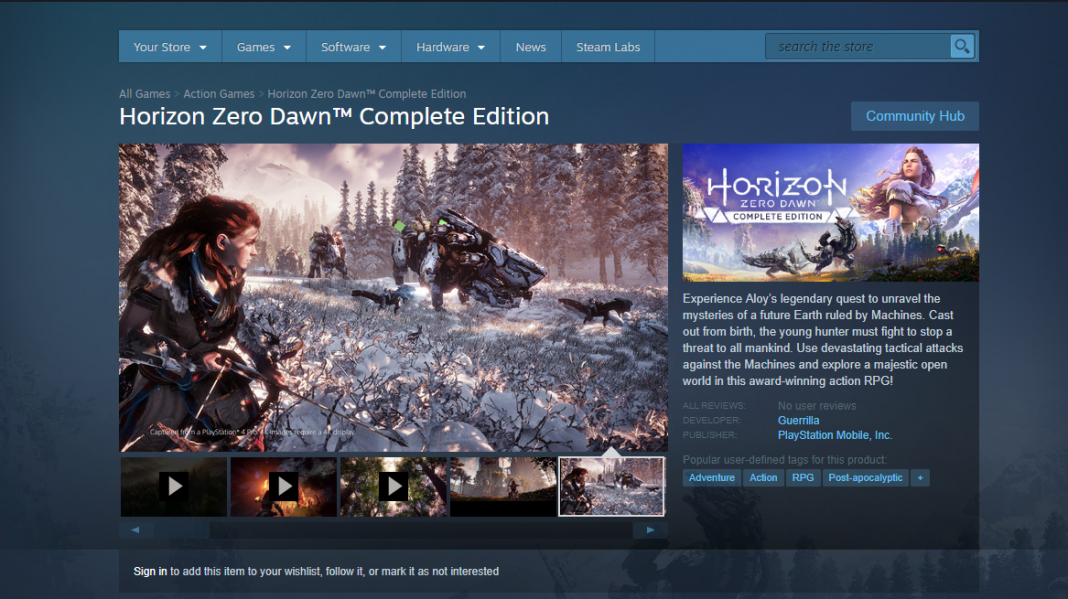 After lots of rumors and listing on different stores, Horizon Zero Dawn is officially coming to PC via Steam in summer!

This is the first time a title of a PlayStation first-party studio will be released on PC, this does not mean that other titles will also launch on the PC, says Hulst. However, it’s a good start.

The game is now officially listed on Steam store and also revealed by PlayStation’s Worldwide Studios President Hermen Hulst in an interview with the PlayStation Blog. In his words,

PlayStation is no stranger to publishing titles on the PC, but Horizon: Zero Dawn is one of the largest games to make that leap. Is there anything you would say to PlayStation fans? What does it mean for the future?

“I think it’s important that we stay open to new ideas of how to introduce more people to PlayStation, and show people maybe what they’ve been missing out on,”

“And to maybe put a few minds at ease, releasing one first-party AAA title to PC doesn’t necessarily mean that every game now will come to PC. In my mind, Horizon Zero Dawn was just a great fit in this particular instance. We don’t have plans for day and date [PC releases], and we remain 100% committed to dedicated hardware.”

Horizon Zero Dawn on PC will launch as complete edition with all DLCs launched to date.