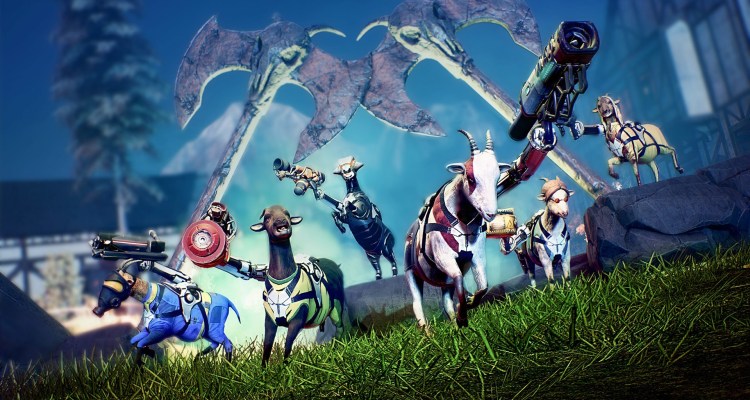 The publisher 34BigThings announced that the multiplayer action title GOAT OF DUTY developed by the Raiser Games studio, where we will play as a goat and fight with goats in arena-style weapons and different abilities (typical of animals), can be redeemed for free on Steam until March 31.

Goat of Duty is a fast-paced multiplayer shooter where horned goats face life or death. Rush and trolley your friends, wear the craziest costumes and put your skills to the test in the craziest FPS you’ve ever seen. Are you ready to be the king of the flock? »

It all begins with a nuclear accident that endows the goat species with the intelligence necessary to take advantage of its powerful antlers, incredible leaps and thunderous bleats to end the human yoke. No, wait, it wasn’t like that. Goats were always smart. But since they lacked thumbs, they knew how to wait patiently for the invention of automated robots capable of … Hush, that was not the case either. In a parallel universe, glory awaits the goat warriors of …

Goat of Duty is an intense and fast-paced multiplayer FPS. Ball point. Without foolishnesses. Here there are no plots or characters or abilities. Strategies, the just ones. Of course: it comes loaded with combat arenas, weapons of destruction would fit and unbridled rhythm. Not to mention the goats themselves, their crazy goatstumes (costumes) and the endless possibilities of trolling your friends.