GlobalFoundries will jump directly from 14nm to 7nm

According to GlobalFoundries, new 7nm FinFET lithography is capable of delivering more than twice logic density and increases performance by 30 percent in comparison with current processors based on both 16 and 14nm FinFET lithograph. To achieve this lithography, the company will use new tools and processes with an additional investment of several billion dollars in its Fab 8 to allow the development and mass production of new process node.

“GlobalFoundries made a bold decision to jump directly from the 14nm to 7nm, a decision which is now supported by several leading companies in semiconductors due to improved performance and power, to which is added the only marginal benefits for the high presenting cost manufacturing process to 10nm, ” said Jim McGregor, founder and principal analyst of Tyrian Research.

It is expected that the technology will be ready to design customized products of its customers (where Advanced Micro Devices (AMD) and Qualcomm are the most important) in the second half of 2017. 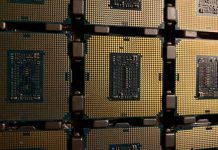 Intel: Roadmap finally confirms that 7nm will last until 2024