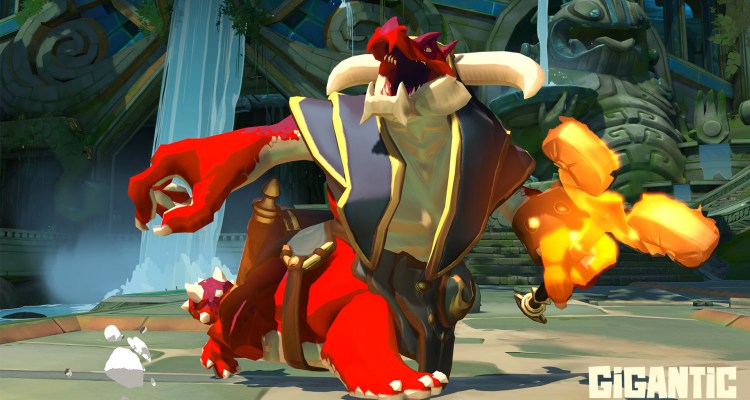 Perfect World Entertainment announced that the open beta of Gigantic, its new free-to-play competitive action MOBA is now available for both PC (Windows 10) and Xbox One, with cross-play between the two platforms.

Players have the option to purchase the Founder’s Pack (totally optional) to gain access to the 16 heroes that are available, four new heroes and additional and unique rewards at a price of $39.99.

Gigantic will always be free to play and its full roster of heroes and creatures can be fully unlocked with money earned by completing game tasks and fill letters of fortune. The Founder’s Pack gives you instant access to the 16 heroes of the open beta (plus four heroes future). Finally, those who purchase this package will receive two skins “Imperial” two icons limited and exclusive profile. Gigantic and Founder’s Pack already available in Windows 10 and Xbox One.

In Gigantic, five players to the attack launched by a battlefield full of fantasy with his guardian, a huge monster that must be protected. You start by choosing a character from a list of unique heroes that reflects the style of each player and then look for targets, dodge and jump all over the map to defeat the enemy’s guardian. In Gigantic, all battles, earn rewards, unlock new heroes and adjust the style of play.

Developed by the Motiga study, Gigantic out for PC (Windows 10) and Xbox One and will crossplay support between both platforms.