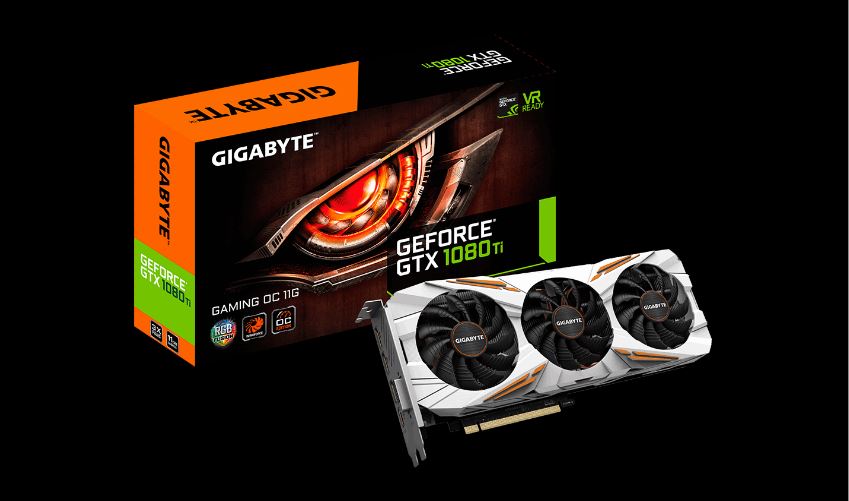 Gigabyte today announced the launch of its GeForce GTX 1080 Ti Gaming OC, which stands out for making use of a more attractive design in comparison with its sibling thanks to a silver-plated shroud with orange touches that hides The WindForce 3X cooling system, consisting of a dense aluminum radiator traversed by five copper heatpipes with direct contact with the Pascal silicon and cooled by means of an 80 mm triple fan configuration, which will begin to rotate only when the graphics card reaches X% of load or when it exceeds a specific temperature.