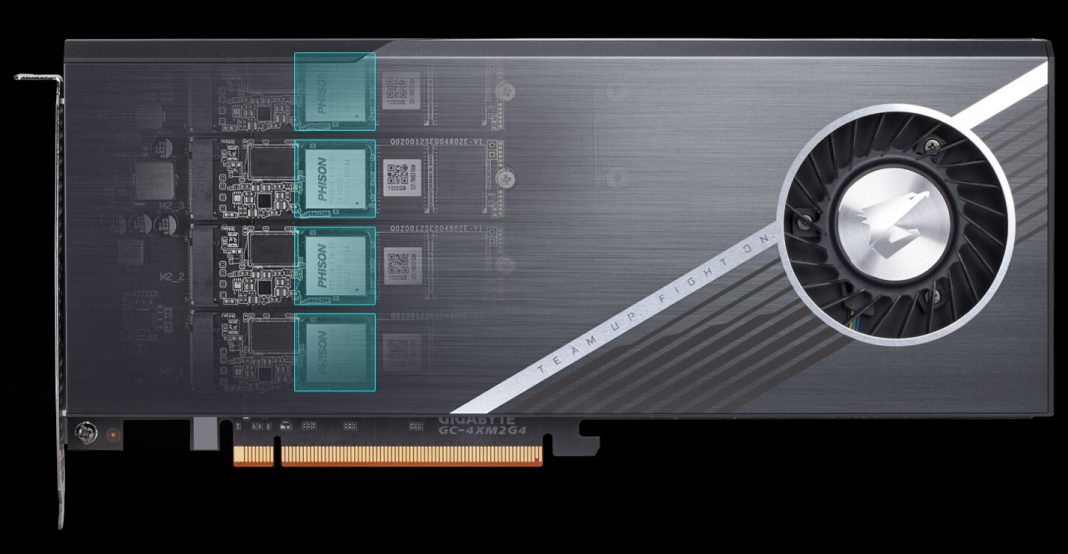 Gigabyte today announced the launch of its AORUS Gen4 AIC SSD with 2TB capacity (8TB model is already available in the market), which offers stratospheric speed thanks to having no less than 4x 500 GB M.2 SSDs with PCI-Express 4.0 x4 interface in an NVMe RAID configuration that are all connected to a PCI-Express 4.0 x16 card.

This riser card is in charge of making the RAID configuration, but the most important thing is that it uses an advanced cooling system to make this possible. Just below the SSDs, we have an aluminum base, which will be responsible for transferring part of the heat to the aluminum blackplate that reinforces the PCB. 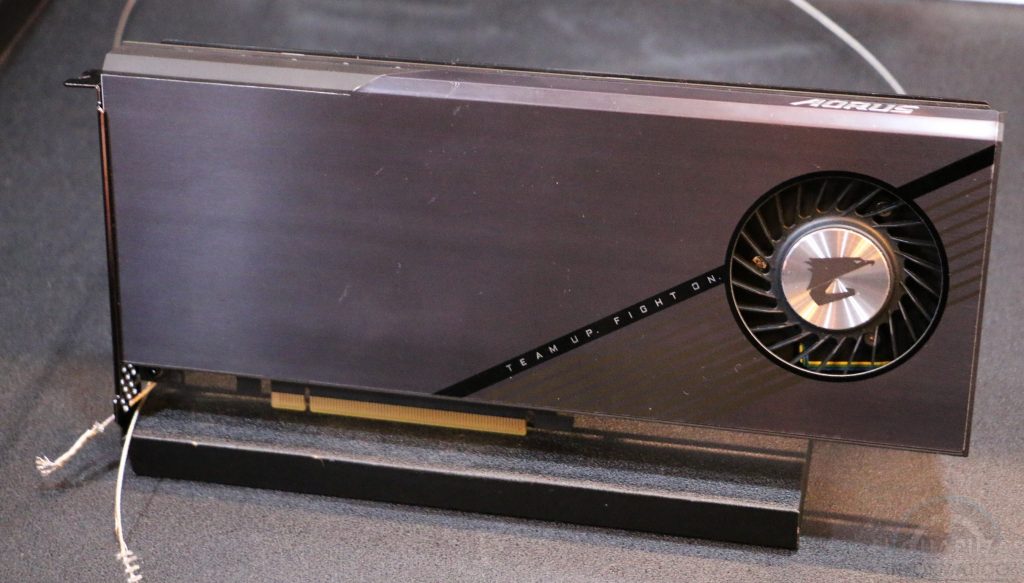 On the other side of the AORUS Gen4 AIC SSD, where the temperatures are more drastic for the memory chips and the controller, we have a thermal compound in the form of a ‘pad’ for a perfect contact with a 5.5 mm thick copper heatsink. All this is hidden under a metal chassis designed to maximize the airflow of the included blower fan, which will expel the hot air directly out of the chassis.

The information of the 2TB Gigabyte AORUS Gen4 AIC SSD is completed with each NVMe M.2 SSD employs 96-layer 3D TLC NAND Flash memory chips, employs a Phison E16 memory controller, and this unit is capable of achieving performance from another world, resulting in sequential speeds of up to 15,000MB / s for reading and up to 9,500MB / s for writing.

A variation model with a capacity of 2TB has been added to the NVMe SSD “AORUS Gen4 AIC SSD” with PCI-Express4.0 (x16) connection. Two models have been developed, including the 8TB model “AORUS Gen4 AIC SSD 8TB” that is already on sale and now this 2 TB model.

In regards to 4K random read and write. We are talking about much less impressive numbers of 425,000 / 440,000 IOS . The unit comes with a 5-year warranty , and unsurprisingly, not a word about its availability or price.