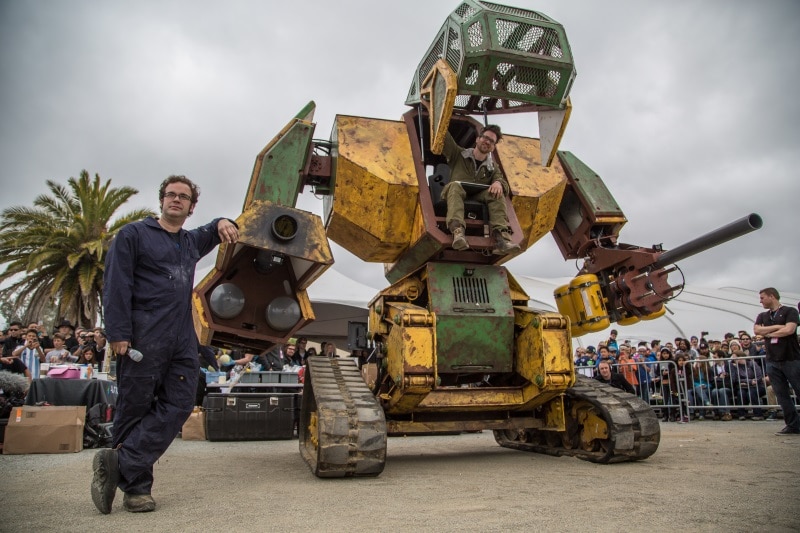 Today we have the most anticipated announcement that there would be a battle between giant robots representing the United States and Japan, the date of the event is now known. The event will be held in the month of August. The MegaBots (United States) and Suidobashi (Japan) will bring their huge engineering pieces in an unprecedented battle.

One of the few details that is known at the moment is the name with which the different companies have baptized their robots. The robot developed by the American company MegaBots is known as “Mark III” and the one designed by the Japanese company Suidobashi is known as “Kuratas”.

The first one, the Mark III, will debut with a height of 4.8 meters and weighs a remarkable figure of 10 tons due to the armor and armament that presents, among which are different types of saws. On the other hand, the Kuratas will be presented with a height of 4 meters and it will equip an arsenal full of machine guns, triggers and an iron claw.

Upgrades to the MK. III itself is not finished as well, but it will be apparently unveiled in San Francisco soon before the USA vs Japan face-off happens. For further updates, visit the MegaBots Inc. YouTube channel where they continually post the MK. III’s developmental progress. The winner of the match will face off against Korea’s Method-2 next.