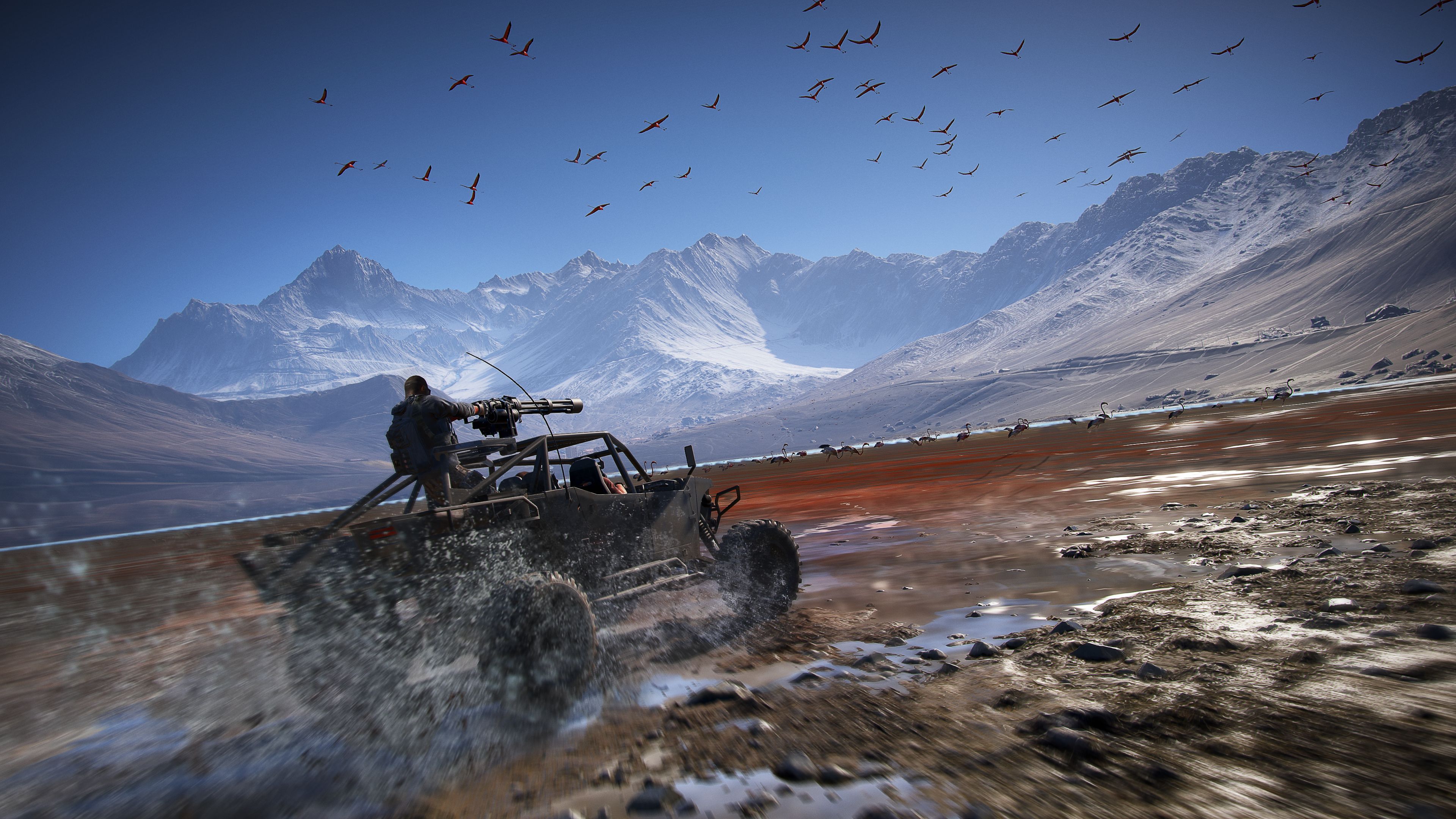 Ubisoft’s latest and most anticipated release of this year, the Ghost Recon Wildlands is a finally here. Just like the previous Ubisoft titles, the settings option is one of the most concerned for the PC players, offering a ton of tweaks and changes such as mouse acceleration, aiming, FOV changes and other stuff suitable for the players.

PC players have the advantage of changing the game settings suitable for their systems with average or above average frame rates. The good thing with the Ghost Recon Wildlands is that the game has no loading screens during the gameplay, but reports do suggest that the game area is being loaded during the walkthrough on mid-range systems.

PC players who played the open and closed beta of the game must be aware about the PC settings menu of the game. However, below are the screenshots of the final version of game’s settings menu; 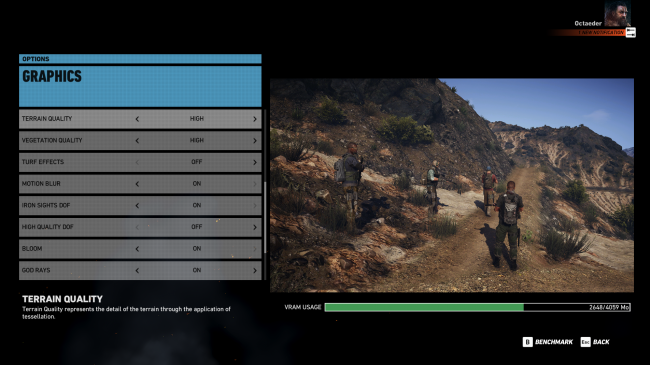 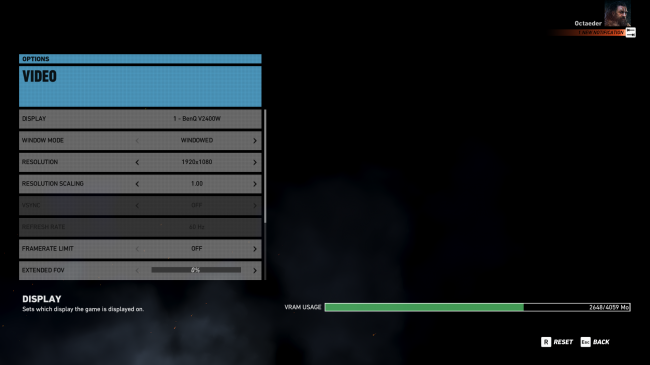 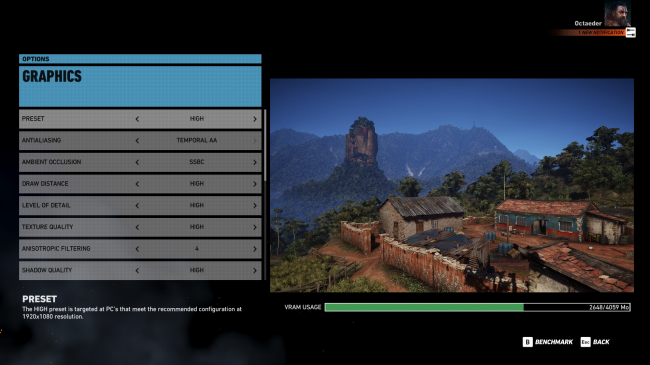 The game has one important feature known as the “matchmaking filter” for the co-op mode. Players are able to change the filter settings to ‘language and mic’ in order to use the mic during the co-op mode and speak the similar language with the other player.

The game incorporates a couple of in-game controls related to driving controls, aiming mode, aim acceleration, drone sensitivity and other vehicle controlling options under the mouse and keyboard control settings. It also has a mode for left-handed aiming, controlling aircrafts and choppers as well. 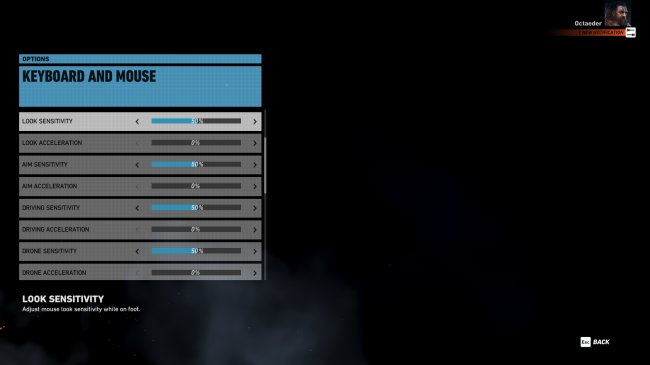 On the other hand, PC players have the leverage of using controller as well as keyboard/mouse combo at the same time. They can perform all the shooting with the mouse and keyboard since that is a better combination in a shooter, do all the driving and other stuff with the controller, which is usually more suitable.

We have the test result conducted by one of the player using the following specs; 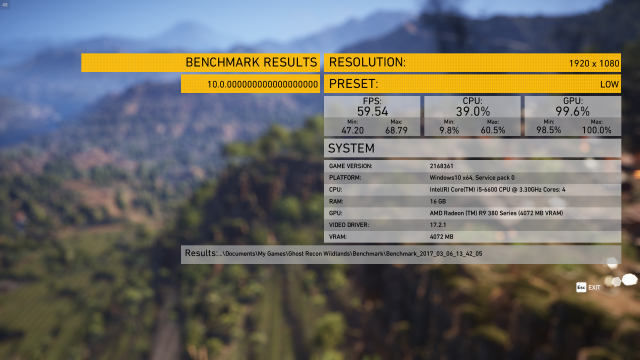 On custom with medium and high elements respectively; 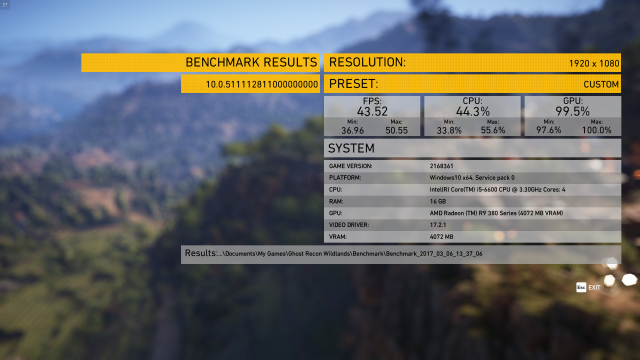 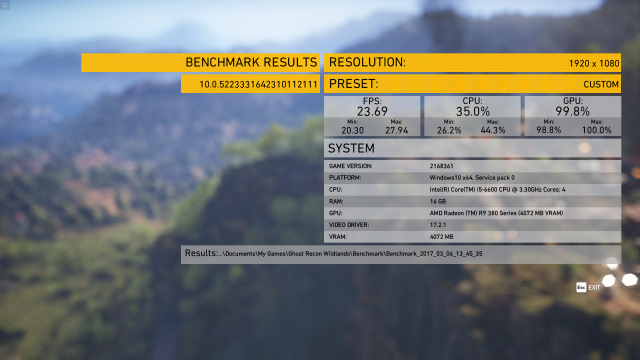 The game surely requires a beefy hardware to run at full maxed out settings such as very high preset and ultra at a playable frame per second. On this mid-range system, the game’s average frames are below the average playable fps that is 30 with some of the high preset elements at 1080p. Imagine what kind of hardware would be needed to run it on full high settings with 1440p.

Ghost Recon Wildlands do support 4K resolution on the PC version, which will require a greater GPU and CPU as well, such as the GTX 1080. Wonder what kind of system will run this game require at 4K output and 60 FPS.

There are some reports claiming some minor bugs in the game with the camera, more loading time with the initial loading screen, loading of in-game area while driving which might get addressed with an update. Stay tuned for more updates!